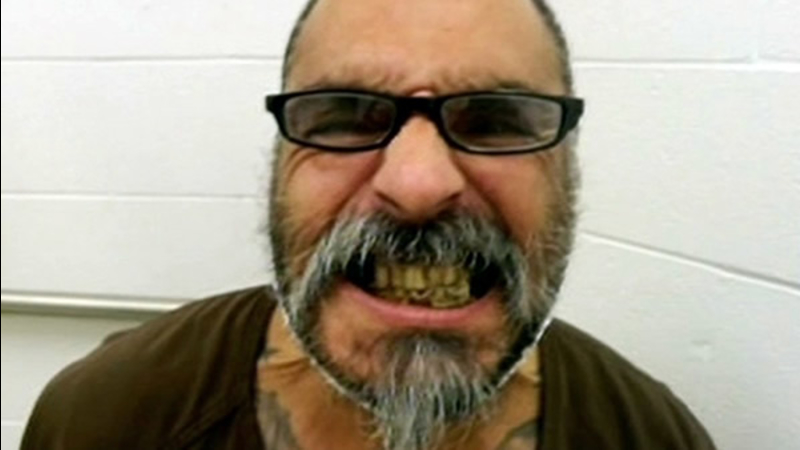 SANTA CLARA COUNTY, Calif. (KGO) -- A former Santa Clara County Jail inmate who said he witnessed Michael Tyree's beating death is speaking out for the first time about his own beating at the hands of correctional deputies.

ABC7 News broke the story in September while inmate Ruben Garcia was being treated at Valley Medical Center.

Garcia plans to file a lawsuit against Santa Clara County, accusing two deputies of beating him this summer.

A source close to the investigation told ABC7 News that detectives worked on Veteran's Day in an attempt to expedite this investigation.

In the meantime, the two correctional deputies accused of breaking the now former inmate's jaw are still working inside the jail.

"I've never been beat like that before," Garcia said.

Garcia said in July, correctional deputies Le and Dario beat him inside Santa Clara County Jail. "My head split open, I felt the blood running down my face," Garcia said.

Garcia said he asked for help. "I told him please I need medical attention, my eye is split open. Please you have to help me and he just looked at me and kept walking," he said.

Garcia said Le apologized the next day. "And I remember telling him 'look what you did to me, look at my face man' and he goes 'it is what it is, welcome to my dorm,"' he said.

That dorm was 6b in the main jail, which is the same place three other correctional deputies are accused of beating Tyree to death.

Garcia said the correctional deputies in 6b have a nickname. "They called them the wrecking crew," he said. "Meaning that they're going to beat you, go beyond the scope of duty to hurt you."

Garcia said his broken jaw was documented as an inmate scuffle. He said that happened the day after correctional deputies beat him.

It wasn't until after Tyree's August death that Garcia said detectives interviewed him about his own beating.

Sheriff Laurie Smith released a statement saying: "An investigation was initiated into Mr. Garcia's allegations and that investigation is active and ongoing. Upon conclusion of the investigation the sheriff's office will make a determination as to the appropriate course of action."

"What you can't see is the rod that I have,that my bone had to grow in. The two titanium plates and the hole that they had to drill underneath my jaw to get the infection to drain and of course the psychological aspect of it," Garcia said.

Pg.2 Garcia gave his first on camera interview to @abc7newsBayArea He describes what it was like in the Main Jail pic.twitter.com/gfmX306jS6