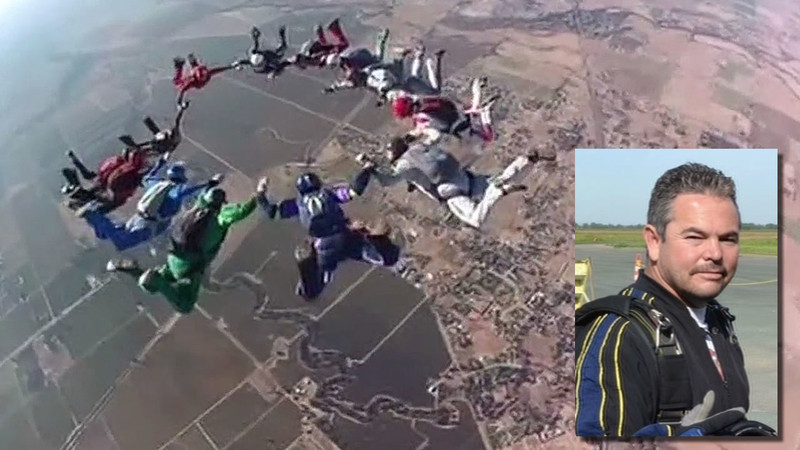 BENICIA, Calif. (KGO) -- The East Bay photographer for an experienced skydiving group lost his life over the weekend during a dive. His death is a shock for the friends who were on that dive with him.

The skydivers started at the Lodi Parachute Center.

"We called him the eyes in the sky, basically. And he will be very dearly missed," Bill Shipley from the Red Dog Skydiving Club said.

Ramiro Sainz, 49, from Concord got that nickname as the photographer for the Red Dog Skydiving Club. He was experienced and had been with the group five years. Sainz died during a jump Saturday. His parachute did not open and he crashed into a wall near the Lodi Airport. Emotions are raw for the close-knit skydiving community who considered him family.

"When I showed up that morning, and he saw me from across the hangar, he just came running over to me and gave me the biggest hug," Shipley said.

Shipley was on the jump, but he didn't realize anything was wrong until the group reached the ground. Later that same day, the group went back up to do what's called a missing man formation to honor Sainz.

"It was a warm, family-like moment for us to remember him in that way," skydiver Ronald Put said.

The FAA is investigating if the parachute malfunctioned. For now, Shipley says they're focusing on his family, especially his three kids.

Friends are in the process of setting up a GoFundMe account to help with funeral costs. The Red Dogs are also planning an ash dive where they will scatter Sainz's ashes in the air -- something Shipley says he would have wanted them to do.
Related topics:
lodiconcordskydiverphotographyaccident
Copyright © 2021 KGO-TV. All Rights Reserved.
More Videos
From CNN Newsource affiliates
TOP STORIES