KGO
SAN FRANCISCO (KGO) -- It's difficult for gay men to donate blood to help those who had been shot at a nightclub in Orlando because of a long standing government policy.

The Food and Drug Administration has long maintained that a ban on gay blood donations helps prevent the spread of HIV and all blood centers have to follow that mandate.

It's a regulation that's made it difficult for gay men to donate blood to help those who had been shot even though a local blood center issued a plea for help.

The line at the OneBlood donation center near the Pulse nightclub where the shooting occurred early Sunday night was long.

At least 700 people showed up Sunday. In all, 5,300 gave blood throughout OneBlood's donation network in Florida and three other southern states.

Loren Magana is with a Stanford blood center. "5,300 people within less than 24 hours is almost an unprecedented response," he said.

But for many, that outpouring of support was rejected. "I tried to donate blood and I got turned away for being gay so I just feel helpless, scared, sad, angry," Orlando resident Michael Erwin said.

The grim irony is the shooting victims were from a gay nightclub, but many potential blood donors who were gay men could not give their blood.

The US Food and Drug Administration had a decades-old lifetime ban for men who have had sex with other men.

That ban was partially lifted last December. "Men who have sex with men will now be deferred for only one year," Magana said.

Santa Clara County Supervisor Ken Yeager who is gay believes it's still discrimination. "The underlying homophobia is still there. The fact that was what the policy was and they didn't overturn it altogether," Yeager said.

Yeager hopes the shooting in Orlando will help change the FDA policy on gay blood donation.

Pres. Obama​: There's no evidence Orlando shooting was part of larger plot; no evidence he was directed externally.https://t.co/GwxaLfDfyN

People stop for a moment of silence to honor #OrlandoShooting victims at memorial in the Castro. #abc7now pic.twitter.com/RO9xKMXxAh

Several people camped outside of memorial for #OrlandoShooting victims in Castro. pic.twitter.com/5DPxkO9YXk

Thousands marched in The Castro to show support for victims of the mass #OrlandoShooting. https://t.co/9MZKc261Wghttps://t.co/8iqN7OGY9y 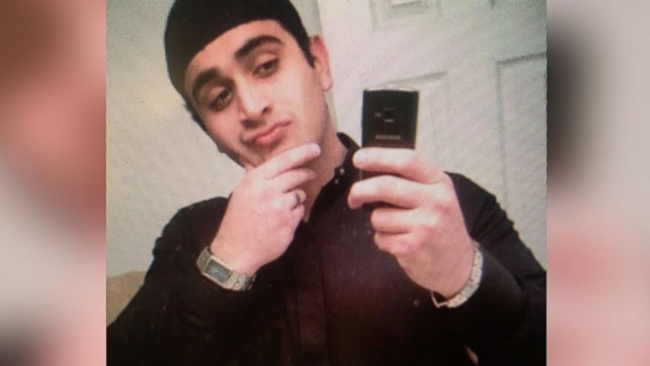