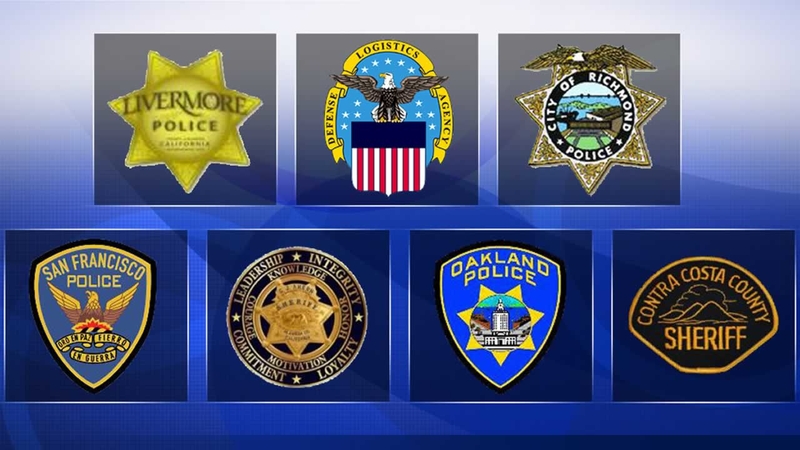 OAKLAND, Calif. (KGO) -- California Attorney General Kamala Harris pledged on Tuesday to get involved in the Oakland police sex scandal, if the investigations are not handled properly. It has now spread to seven law enforcement agencies. I-Team Reporter Dan Noyes has new details on the only department to already clear its deputies. It's a story you'll see only on ABC7 News.

Four Alameda Sheriff's deputies admit to having sex with the 18-year-old, but the department has concluded they did nothing illegal or unethical, and they made that decision without even interviewing the young woman.

Eighteen-year-old Celeste Guap called me from internal affairs at the Contra Costa County Sheriff's Department on Tuesday afternoon. They're questioning her about a deputy who, Celeste says, had sex with her when she was underage. There are three other cases of possible statutory rape at the Oakland Police Department. The scandal has now spread to four Bay Area counties.

Dan: "How many law enforcement officers or higher-ups did you sleep with, do you think?"
Celeste: "In Oakland or just..."
Dan: "In general, all of them."
Celeste: "About 30."

Celeste says she met the majority of the officers after she turned 18 last August. Six departments are investigating if their officers broke laws or policies.

Celeste: "I didn't want this to happen."
Dan: "You didn't want it to happen, meaning the controversy, people losing their jobs you mean?"
Celeste: "Uh huh."

The Alameda County Sheriff's Department has cleared its deputies, even though they did not speak with Celeste.

"There's this one time we did it in the car, and he had his canine watching us from the backseat," she said.

Four Alameda County deputies, including a canine handler, admit having sex with Celeste, but say it was consensual; she was 18, and they didn't pay. The sheriff's spokesman refused to be interviewed, and told the I-Team it was a "personal and private" matter for their officers, and that their conduct was not illegal or unethical.

"I don't know what they're looking to, to reach that conclusion," said Gil Soffer. "It would certainly seem to violate standards of conduct that we would expect of our police officers."

Soffer, a former federal prosecutor and ABC7 legal analyst from our Chicago affiliate, gave us some perspective.

Dan: "Should we count on them to investigate themselves?"
Gil: "If you want to present the cleanest picture and if you want to eliminate any question about integrity of an investigation you have it conducted by an outsider."
"We are monitoring it and if it comes to the point that those investigations are not proceeding as they should, then we'll get involved," said Harris.

The attorney general told the I-Team on Tuesday that this case is on her radar. She called the conduct of the street cops, sergeants and captains "deeply troubling, shocking and outrageous."

"They are bad apples," she said. "They have violated the public trust and they have committed crimes if the allegations prove to be supported by evidence."

And the 18-year-old at the center of it all is doing her best to weather the storm.

"It's hard right now, but I know this is just going to make me stronger, it's making me stronger, so that's how I look at it," she said.

Celeste tells me some of the officers did illegal drugs with her. And that's one of the issues she'll have to face herself. She tells me she wants to stop working the streets, and has agreed to speak with advocates who can help her. I've already started that process, and will let you know how this all turns out.