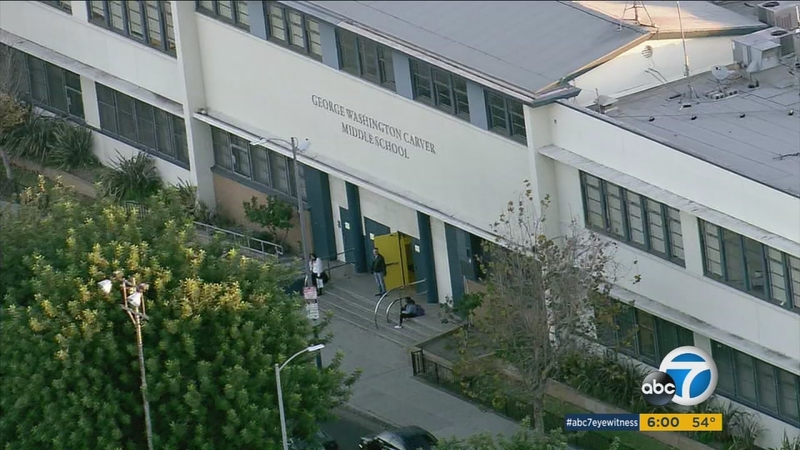 LOS ANGELES -- All Los Angeles Unified School District schools were closed on Tuesday after an anonymous threat against multiple schools in the district was emailed to a school board member.

LAUSD Superintendent Ramon Cortines said that the district received a threat in the form of an email that mentioned backpacks and other objects.

Later, district officials, along with L.A. Mayor Eric Garcetti, held a news conference where they announced all campuses were determined to be safe and will reopen Wednesday. The threat was said to be "non-credible."

A statement was issued by Superintendent Ramon C. Cortines thanking the community and all officials that took part in the investigation.

The statement read in part: I want to thank our L.A. Unified families for your support and your sacrifice as we worked through a very difficult day. I am also very grateful to my colleagues on the Board of Education and to our principals, plant managers and police officers who played a pivotal role in securing our schools."

Cortines called this threat "rare" and said the decision to close all schools for the day was made out of an abundance of caution. He said the Dec. 2 attack in San Bernardino that left 14 people dead influenced the decision.

"I, as the superintendent, am not going to take the chance with the life of a student," Cortines said at the news conference.

All LAUSD campuses were searched

Along with the closures, the district said all after-school activities had been canceled. In total, 1,531 sites were given walkthroughs by 2,780 law enforcement officers in the course of six or seven hours, according to Steve Zimmer of the Los Angeles Board of Education.

Several LAUSD school bus drivers told Eyewitness News that they were called back by their dispatchers to their respective bus depots Tuesday morning.

All students who were already at their schools were sent back home. Parents were urged to make arrangements to pick up their children if they were already dropped off on campus and also bring proper identification.

"We need the cooperation of the whole of Los Angeles today," said school board President Steve Zimmer. "We need families and neighbors to work together with our schools and with our employees to make sure our schools are safe throughout today."

Los Angeles Mayor Eric Garcetti had released a statement regarding the LAUSD closures, urging families to remain calm. He said the city's Emergency Operations Center has been activated and the MTA will provide free bus rides to all LAUSD students.

The FBI was aiding in the investigation led by Los Angeles School Police Department.

All schools in Hawthorne, except for Cimarron Elementary School, which is part of LAUSD, are also open as scheduled. Los Angeles Trade Technical College, Los Angeles City College and Pierce College said their campuses would also be open.

The district spans 720 square miles including Los Angeles and all or part of more than 30 smaller cities and some unincorporated areas.