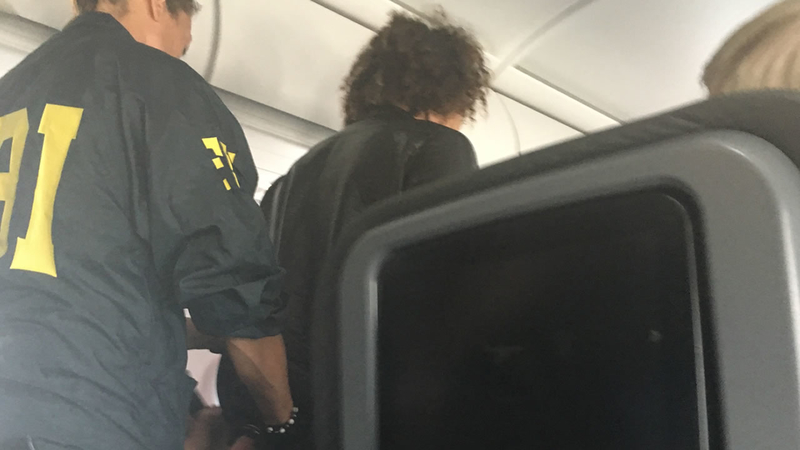 HONOLULU (KGO) -- A passenger traveling on a flight from Los Angeles International Airport to Hawaii had to be subdued Friday after he allegedly attempted a cockpit breach.

Fighter jets had to escort the flight, and the FBI held a briefing Friday night.

The suspect is 25-year-old Anil Uskanil of Turkey. Passengers took video of him being taken off the plane in handcuffs.

Passengers told ABC News during the flight he started walking to the front of the plane with a blanket over his head and a laptop in his hand.

The pilot called for help and the Air Force scrambled two fighter jets to escort the plane to Honolulu. The fear was that he was trying to get into the cockpit.

"It's locked, it's got a bar across it," said retired pilot Dick Deeds of San Jose. "Some pilots are armed."

Deeds says there's little chance of breaching the cockpit and the door stays locked no matter what.

"You have someone, even with a gun to a flight attendant's head, you're gonna say, 'I'm sorry -- goodbye. You're not gonna open that cockpit door," Deeds told ABC7 News.

The man didn't reach the cockpit. Witnesses said a flight attendant blocked him with the drink cart near first class. Then, passengers forced him back to his seat. He was ultimately secured there with duct tape.

Air travelers in San Jose said they would have done the same.

"If you see someone trying to breach the cockpit of an airplane and you're physically able, everybody on that plane needs to attack them," said American Airlines passenger James Lewis.

Some question if this man should have ever been allowed on the plane. Just hours before his flight, LAX police arrested him for trespassing after he tried to go through a security door, and they said he'd been drinking.