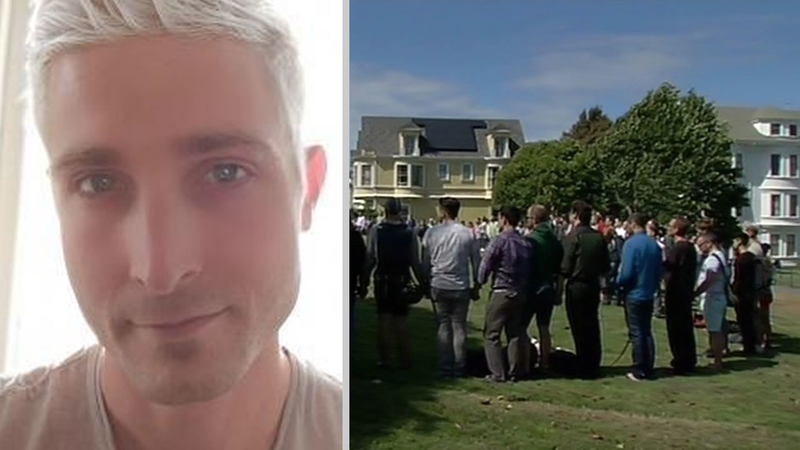 SAN FRANCISCO (KGO) -- More than 100 people gathered in San Francisco Wednesday for a somber ceremony to remember a young man found unconscious and beaten in the city's Duboce Triangle neighborhood on Sunday morning.

Bryan Higgins, 31, was taken off life support on Wednesday. Police are now investigating his death as a homicide. In fact, they say they have surveillance video that's helping their investigation.

It was a mostly silent vigil on a hill in Duboce Park; a chance for friends to honor a young man many knew as "Feather."

"We would see him walking around wearing feathers and he was kind of flowing like a feather," said friend Brian Busta.

A portrait of the 31-year-old sits outside Rosenberg Deli, where he sometimes worked. The owner didn't want to speak on camera, but says Higgins was like a son.
He shares the shock of this incident with many of the victim's friends.

Higgins was found unconscious on the corner of Duboce Ave. and Church St. He was identified Monday after a social media campaign that was launched by San Francisco General Hospital and the San Francisco Sheriff's Department.

His closest friends have been visiting him at the hospital, but his condition did not improve.

"To touch him again and to see him again, um, I firmly believe that his soul has already transcended," said friend Justime.

The Duboce Park ceremony coincided with the moment Higgins was removed from life support. He was pronounced dead at about 3:33 p.m.

Police say this is now a homicide investigation and they already have some leads on a suspect.

"We can't get into the specifics as far as what the video shows, but what I can tell you is that there is evidence that this person was actually a victim of a crime, and there is a suspect associated with that," said SFPD spokesperson Officer Albie Esparza.

Police have not released video was shot in the Duboce Ave., Church St. area. They are now looking for more images that could help track down a white male suspect.

Detectives believe Higgins was assaulted between sunrise and 7 a.m. They only started a criminal investigation after someone shared video with them. Friends say they thought he suffered a medical episode.

Police are asking residents and business owners in the area to review any surveillance video of the neighborhood on Sunday morning. They say more video might help in this case. 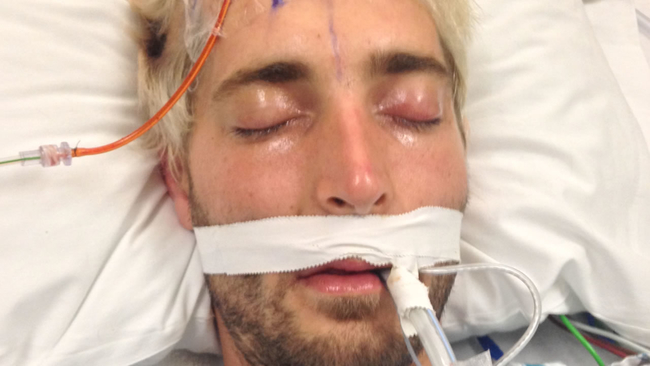