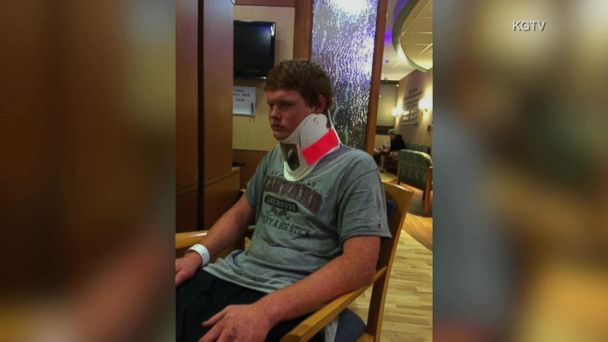 In California, a former high school football player has filed a lawsuit against the San Diego Unified School District, claiming he has suffered "traumatic and catastrophic brain injuries from which he is still recovering, and from which he may never recover" as a result of multiple hits during a football game last year that resulted in a "serious concussion," according to the lawsuit.

According to the lawsuit filed by John Enloe III against the school district, the teen attempted to leave the field after the first hit left him confused and feeling nausea -- both classic signs of concussion. However, the teen was told to reenter the game by an assistant coach and then he was hit again, the lawsuit alleges.

Experts say the cases show how one or more concussions -- either over long period of time or during in a single game -- can have serious consequences.

Dr. Susannah Briskin, sports medicine physician at University Hospitals Case Medical Center and Rainbow Babies and Children's Hospital, said that Long's case illustrates there is not a predetermined "number of concussions" that would disqualify a player from participating in contact sports. Instead, each player should be evaluated individually, she said, to look for signs that concussion symptoms aren't resolving or that they're having a long-term impact.

Additionally, medical professionals also need to examine how these concussions affect a player's day-to-day life, Briskin said, noting that multiple concussions can exacerbate pre-existing mental health issues, such as anxiety or depression, and can lead to difficulty concentrating. "I've had college kids who go and have a hard time to maintain their grades or their grades drop," after concussions, she said.

In cases where a player has multiple concussions in one game or one event, Briskin said it can be difficult to identify the first concussion. It can be tricky finding immediate symptoms in teens, since their brains aren't fully developed, she said.

"They can have a hard hit to the head and may feel perfect and may continue to play," said Briskin, who added that teens can show signs of concussion a full 24 hours after the injury. "I can't necessarily tell when a concussion happened. You're dependent on the athlete [reporting symptoms]."

If a teen doesn't have concussion symptoms or tries to wave them off and is hit again, they can have even worse symptoms that may persist for longer, Briskin said.

"They have one hit to the head and seem fine, and then have a second hit and that's when it gets bad," she explained. "It's headache, dizziness, nausea, throwing up or ... their speech will get repetitive. They get tired and fatigued."

Multiple concussions close together can raise the likelihood of long-term or even permanent symptoms related to the concussion, Briskin said.

In extremely rare cases, a second hit after a concussion can lead to a dangerous and potentially fatal complication called "second impact syndrome," in which a second hit leads to a "chemical cascade of changes" that can lead to sudden death, even on the playing field, Briskin said.

The San Diego Unified School District did not immediately respond to requests for comment.