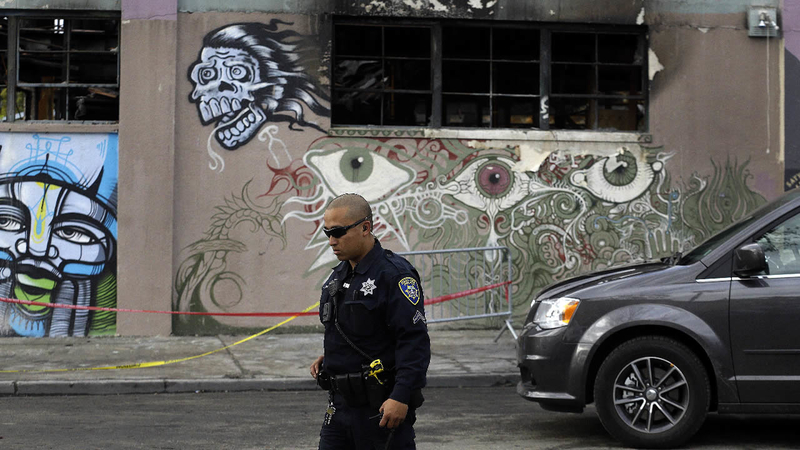 No explanation for delay in getting Ghost Ship fire report

OAKLAND, Calif. (KGO) -- For nearly three weeks, a draft of the investigative report on the Ghost Ship fire has been circulating through Oakland City Hall.

However, it wasn't until this weekend that it was turned over to criminal prosecutors at the Alameda County District Attorney's Office.

He immediately demanded that report and all of the materials associated with it.

Then, the report was finally emailed to the the district attorney's office this weekend.

However, officials at Oakland City Hall didn't disclose any information as to why the report was delayed by nearly three weeks.

Earlier Monday, a spokesperson for the district attorney's office sent ABC7 News a statement confirming they did get that report. The spokesperson wrote: "As you know, we are conducting the criminal investigation. And the report is part of that investigation. As such, it will not be made public."

Thirty six people died in the Ghost Ship fire, and it became one of the worst tragedies in Oakland's history.

Mayor Libby Schaaf and District Attorney Nancy O'Malley have both promised a thorough investigation of the events leading up to the fire.

Cordell says if anyone is criminally charged, their defense attorney's can easily raise this question in court.

ABC7 News went to talk with officials at Oakland City Hall, the city attorney's office, mayor's office, and city administrators office, but no one wanted to answer the basic question as to why was this report was held from the district attorney's office for so long.