KGO
By Wayne Freedman and Katie Utehs and ABC7 staff 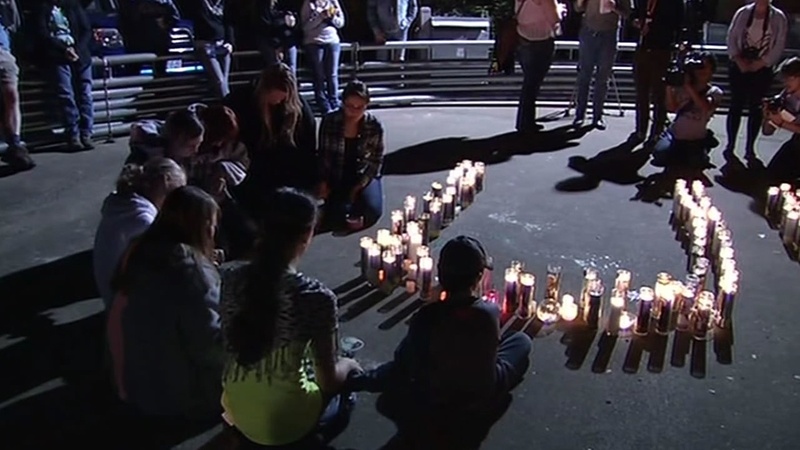 ROSEBURG, Ore. (KGO) -- A college community torn apart by a mass shooting comes together in prayer.

Ten people are confirmed dead and seven others are wounded after 26-year-old Chris Harper Mercer walked onto the Umpqua Community College campus in Roseburg, Oregon and opened fire. It happened around 11:30 a.m. Thursday.

After a shootout with police, the suspected shooter was confirmed dead. An autopsy will determine if the shooter was subdued by police or if he took his own life during the gunfire exchange with officers.

Roseburg is home to about 22,000 people, is about three hours south of Portland, right off Interstate 5. The community college has about 3,000 students.

Sarah, who witnessed the shooting said, "I look out the window and there's a couple of girls running, like sprinting, away from the building. And then I hear screaming after that first gunshot, and then I looked out and saw the people running. And I said to the teacher, 'We need to get out of here right now!'"

After hearing about the shooting, President Barack Obama was frustrated and angered by Thursday's events and calls for change to the nation's gun laws. He said, "We are the only advanced country on earth that sees these types of mass shootings every few months." 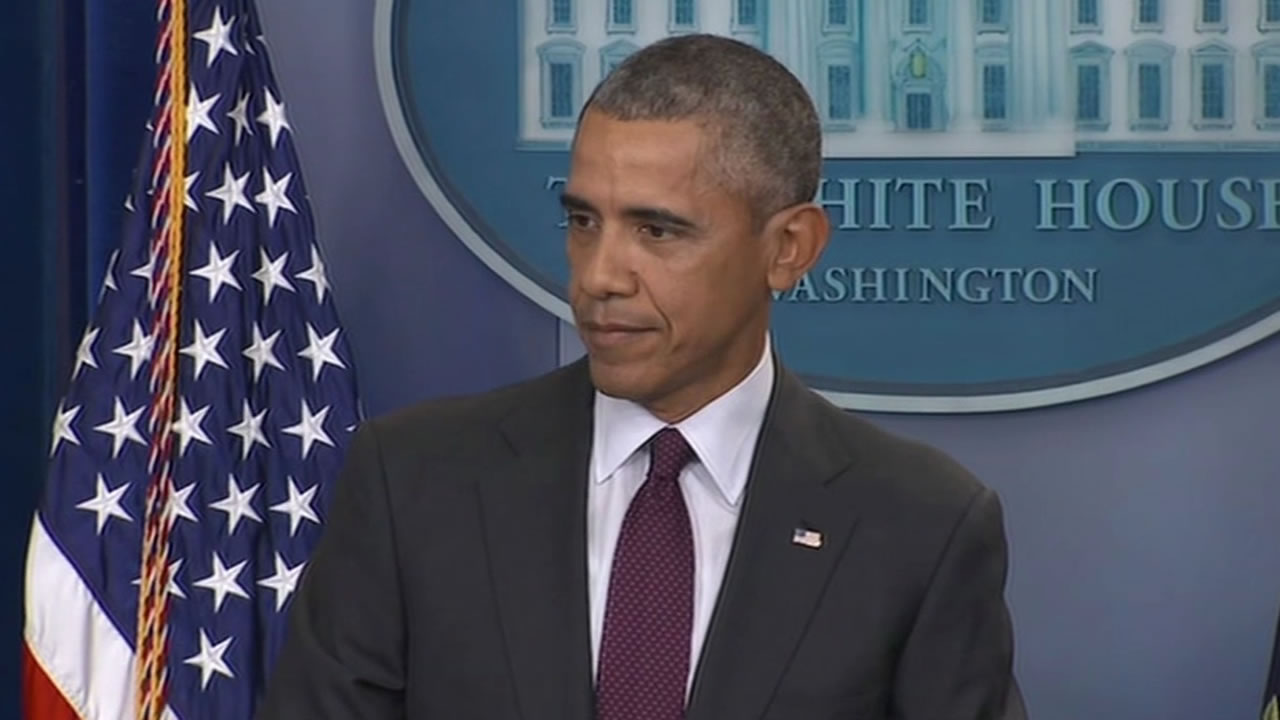 Thursday evening, there was a large candlelight vigil in a park. It was the ending to a day that would seem impossible in such a wholesome, peaceful place.

The college will be closed until Monday. 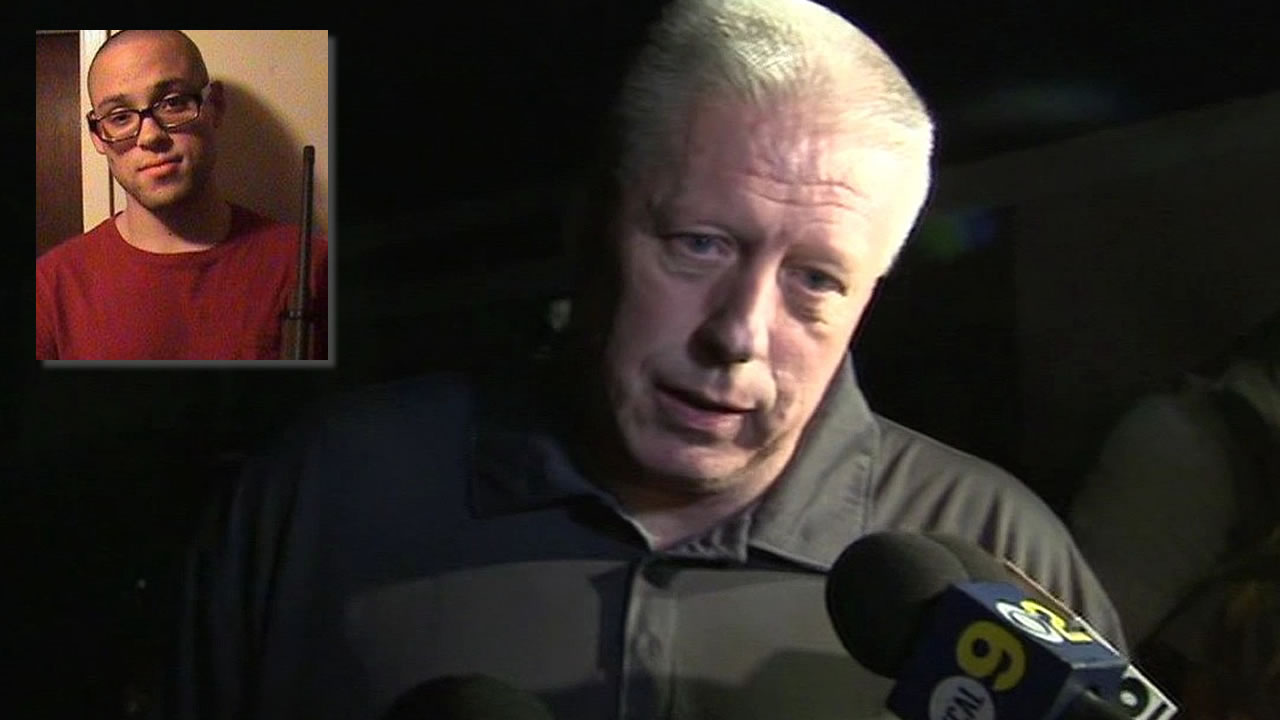 Oregon college shooting suspect's father speaks publicly
Before he left for Oregon, Ian Mercer spoke about how difficult the day was for him to learn his son was involved in the Umpqua Community College shooting.
Mercer's father, Ian Mercer, spoke a little Thursday night. He was on his way to Roseburg after speaking with reporters at his Tarzana home in Southern California.

He continued on to say, "Obviously, it's been a devastating day. Devastating for me and my family, so all I ask is, I know you guys are here to do your job, all I ask is would you please respect our privacy. And so far you've done that."

Neighbors say the gunman lived in Torrance for a time.

Former neighbor David Westly said, "I did see him at the time leaving his apartment and coming home with what looked like gun cases, him and his mom both. And he actually did say he used to go shooting at some range, I don't know where it was, but that's all I know."

At a press conference Thursday evening, the Douglas County Sheriff John Hanlin said he knew who the shooter is, but wouldn't confirm it.

"I will not name the shooter. I will not give him the credit he probably sought prior to this horrific and cowardly act," Hanlin said.

Oregon Gov. Kate Brown said the gunman was a student at the college.

Investigators recovered four weapons from the scene, three pistols and a rifle. Investigators are also searching homes of relatives. His mother lives in Roseburg. Some reports say the shooter had body armor.

A student who witnessed her teacher's murder told the local newspaper: "The shooter was asking people to stand up and state their religion and then started firing away."

Law enforcement are pouring over threatening posts made Wednesday on an online bulletin board. It said, in part, "Don't go to school tomorrow if you are in the northwest."

Hannah Miles, a 19-year-old freshman at the community college, says she was in a writing class when her teacher got a call from security saying the school was on lockdown.

She says she heard gunshots from a neighboring classroom and her teacher and fellow students huddled together in their locked classroom. Miles says they heard footsteps outside, and a man's voice call out to them, "Come on out, come on out." They remained quiet and didn't open the door.

She says police soon arrived and after students were convinced they were indeed officers, they opened the door. Miles says seeing the officers was "like a huge burden had been lifted."

Harte lived below Mercer in an apartment complex in the community of Winchester. She says Mercer would "sit by himself in the dark on the balcony with this little light."

She said a woman she believed to be Mercer's mother also lived upstairs and was "crying her eyes out" Thursday.

One of the three heroes from Sacramento who stopped a terrorist attack on a train in Europe said he attended Umpqua Community College. Alek Skarlatos studied law enforcement there and is headed to Roseburg there. He said, "I wish I could have been there today to assist." Skarlatos will be on Good Morning America Friday morning starting at 7 a.m.