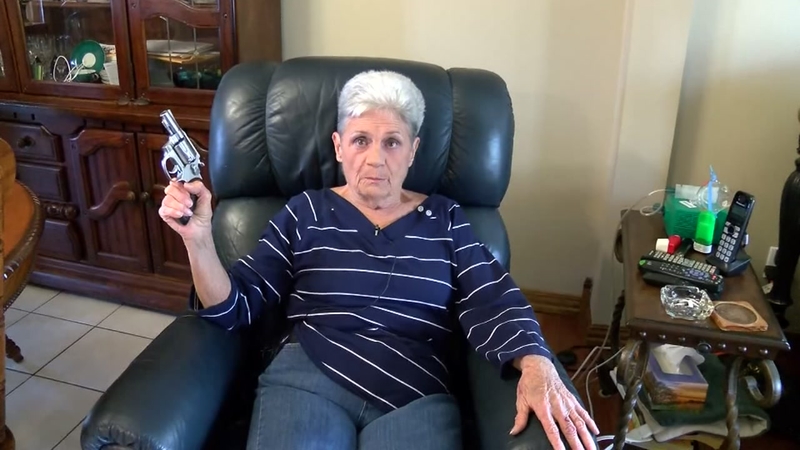 BOWIE COUNTY, TX -- A Texas grandma was not about to go down without a fight.

Rebbie Roberson, 74, was just about to watch the news Sunday night when someone wearing gloves and a mask broke into her home.

"And when I started to get up, he was in here on me with a gun facing me right to my face."

What she did next took the gunman by surprise.

"So I had to walk right out in front of him," Roberson said as she recalled the harrowing encounter. "I didn't know if he was going to kill me or what."

She had her own weapon on a table nearby.

"I reached over there and grabbed this gun. And when I swerved around, I pointed it at him and he ran."

With her .38-caliber pistol in hand, Roberson said she followed him, all the while firing her gun and leaving bullet holes in the walls of her home.

"That was the scare of my life."

Investigators do not believe the armed intruder was wounded.

While at home, Roberson said, she always has her gun close.

But she said this was the first and, hopefully, last time she will have to use it.

"It could have been worse for both individuals, both the victim and the suspect," Bowie County Sheriff's Chief Deputy Jeff Neal said.

KSLA reports that Sheriff's investigators said they have no problem with the action taken by this pistol-packing granny.