The Richmond police chief had recommended just one of his officers be fired last month.

But this weekend, the city manager decided three more need to go. "In my independent review of all that evidence, I determined that disciplinary action was warranted that included termination," Richmond City Manager Bill Lindsay said.

Richmond City Mngr Bill Lindsay says it was his decision to terminate 3 more Officers in connection to sex scandal. pic.twitter.com/jW8XRB4I9a

The president of the Richmond Police Officer's Association declined to comment, but he did tell ABC7 News the POA will help those officers with legal counsel if they decide to appeal the dismissals.

A total of 11 Richmond officers were implicated in the sex scandal involving 19-year-old Jasmine Abuslin.

Two left the department on their own and five others have been formally reprimanded.

Civil Rights Attorney John Burris is representing Abuslin in her $30 million claim against the city of Richmond. "Well, for my client, it goes to her credibility. She has given statements to all of these police departments, many of which before lawyers were involved," Burris said.

But no one at the Richmond Police Department has been charged.

The city manager doesn't expect that to change. "Nothing in my review indicated that there was criminal activity. But ultimately that's for the district attorney to decide," Lindsay said.

Abuslin's attorney says she was a minor when she started having sexual relationships with police officers and the civil claim alleges Richmond officers exploited her instead of helping her. 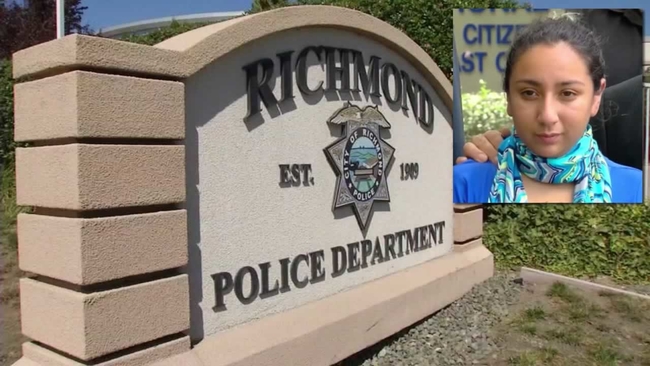