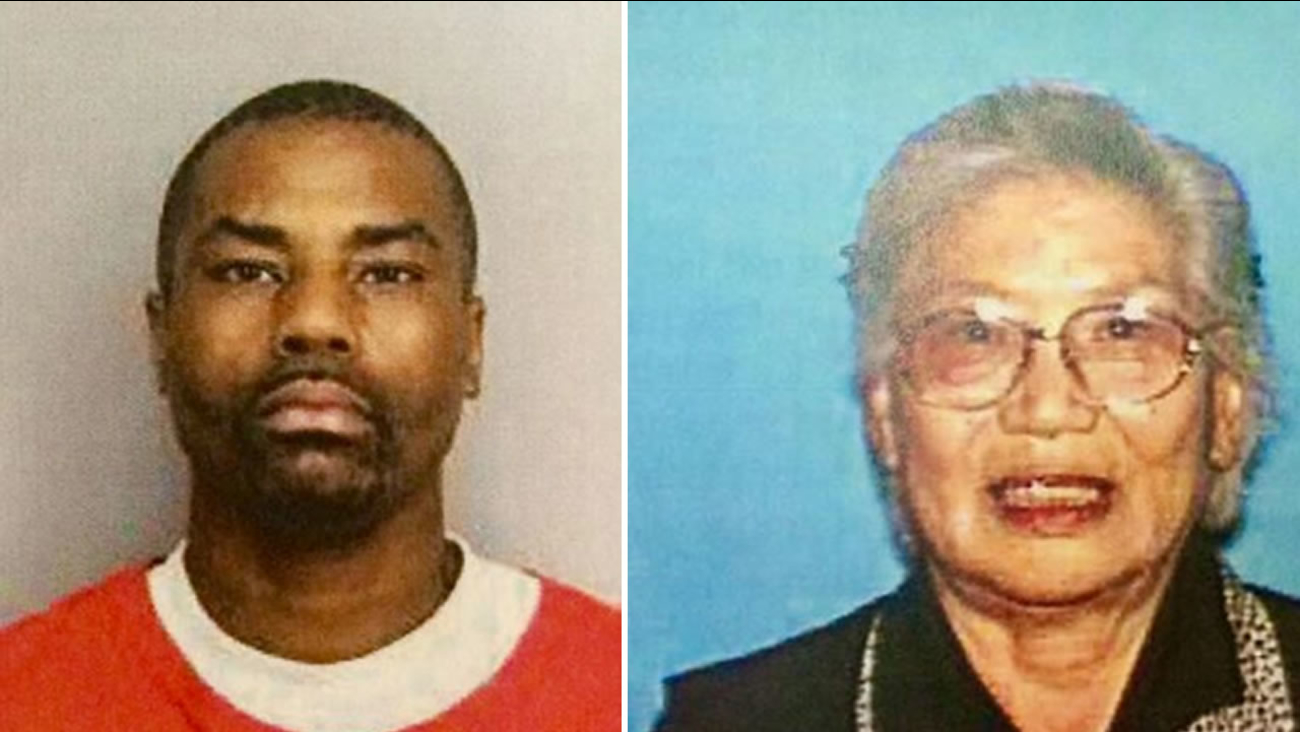 This image shows Jonathan Jackson, the man accused of beating and raping 82-year-old Sun Kwon of Richmond in 2012. (KGO-TV)

RICHMOND, Calif. (KGO) -- Richmond police have arrested a man in Antioch in connection with a horrific crime that occurred in 2012 involving the murder, rape and kidnapping of an elderly woman who later died from her injuries.

The initial incident occurred on Jan. 28, 2012 when Richmond police officers responded to the Big O Tires on San Pablo Ave. for a call regarding a possible assault victim. When officers arrived, they found 82-year-old Sun Kwon of Richmond barely conscious, bloodied and lying next to a pile of discarded tires.

Kwon, a grandmother of six, was sexually assaulted, beaten and suffered major head injuries. Detectives examined the crime scene and collected DNA evidence that was later submitted to the Contra Costa Crime Lab. Kwon eventually died from her injuries on July 31, 2012.

Officers from the El Cerrito Police Department helped Richmond detectives canvass the area in hopes of tracking down a suspect, but the trail went cold.

In September of 2016, a new team of homicide detectives were notified by the crime lab that they had a DNA match on the submitted DNA evidence. The DNA evidence matched that of 34-year-old Jackson of Richmond.

Detectives learned that Jackson was recently arrested for auto theft. As required, all suspects arrested for any felony have to submit DNA samples. Based on new developments of the case, Detective L. Caston obtained an arrest warrant for Jackson.