KGO
SAN FRANCISCO (KGO) -- The California Highway Patrol is investigating after a group of dirt bike riders allegedly punched and kicked a Lyft driver on a San Francisco freeway on Wednesday after pulling stunts.

CHP officials say they began receiving reports of a group of 10 to 15 dirt bikes and ATVs involved in a sideshow on the southbound lanes of Highway 101 near the Cesar Chavez Street exit around 6:15 p.m. After the calls came in, officers were notified that several riders had been involved in a fight with a passing motorist.


A man who was reportedly kicked and punched by the riders was being loaded into an ambulance when officers arrived. Officials say he suffered a broken leg during the fight.

The CHP is now reviewing video of the altercation in the hopes of tracking down the suspects who fled the scene, and are asking anyone who may have witnessed the incident to contact them at 415 551-4100. 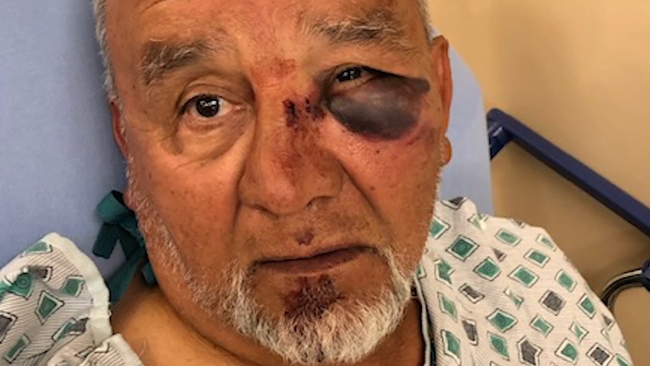