KGO
By Wayne Freedman and by Cornell Barnard
FAIRFAX, Calif. (KGO) -- The Marin County Sheriff's Department identified the three drifters arrested hundreds of miles away for the murder of a well-known yoga instructor.

The suspects - two men and a woman - were arrested in Portland outside the St. Francis Dining Hall at 2:15 p.m. Wednesday and were in possession of the victim's car, Marin County sheriff's Lt. Doug Pittman said.

In the evening, the three murder suspects were interviewed by Marin County Sheriff's detectives who traveled to Portland. It is not yet known when the suspects will be extradited back to the Bay Area.

Others at the dining hall, which provides meals for the homeless, say the arrests caught them off guard.

One witness said, "I saw like these three militia-type men holding guns. I thought it was like a play because it was so bizarre."

Another witness said, "I heard brakes, tires skidding and a whole bunch of police officers saying, 'Get down or we're going to shoot you!'"

The arrests came two days after the body of Steve Carter, 67, was found on a trail in upscale Marin County, where he was staying with friends and caring for his cancer-stricken wife Lokita Carter.

He was shot multiple times and was found still holding the leash of his wounded Doberman Pinscher when he was found. The dog was also shot, but is expected to recover.

The three suspects were caught on a gas station surveillance video in Point Reyes gassing up Carter's stolen Jetta, just 30 minutes after the murder.

One man at the Point Reyes gas station told ABC7 News off-camera, the trio said they were from San Diego and were heading to Portland. The manager on duty at the time told friend Jake Shoemaker something wasn't right.

Shoemaker said, "He was talking to them where that VW is over there and he said they completely creeped him out, so he called the cops."

When Marin County Sheriff's deputies saw the video, they knew they were onto something. At a press conference Pittman said, "These are the same three subjects that were identified early on in our investigation by a number of people who came forward, almost immediately who reported persons of suspicion, people who are acting strangely, they seemed out of place."

Officials were able to track the Jetta to Portland through surveillance cameras, a GPS system installed in the car and hundreds of tips from witnesses. "Today's technology is different, so many people are in possession of cameras in their cars, at their homes, at their businesses and in this particular instance those types of systems became crucial to basically the pursuit and apprehension of these three suspects," Pittman said.

Also on Wednesday, search teams looked for clues and a murder weapon near Sir Francisco Drake Boulevard in Marin County.

Carter and his wife were world-renowned for their teachings of tantric massage and yoga for lovers.

Carter's brother, Michael Carter, said he knew of no one who disliked his brother. "I can't imagine that it's anything other than a random thing," he told the San Francisco Chronicle. "All of it seems very random and unbelievable. Nothing makes any sense."

"He's so humble and so loving, and the last person you would think who would get shot," Paul said.

"The people who did that have a tremendous amount of pain and darkness in them," Marilena said.

The Carters launched the Ecstatic Living Institute in rural Middletown, California, about 16 years ago to teach tantra to couples around the world. They held workshops nearby at the clothing-optional Harbin Hot Springs, which was destroyed last month in a wildfire. "He was my mentor," said Greg Whitmore, 37, a firefighter who attended several weeklong retreats led by the Carters. "It was intoxicating. People wanted to be around him."

Last year, the couple turned the institute over to a former student, Logan Rose, and moved to Costa Rica in semi-retirement, teaching an occasional class. But soon after moving, Lokita was diagnosed with breast cancer. "It has been a very traumatic season for us with Lokita's cancer, then the Valley Fire that destroyed our beloved Harbin Hot Springs," Rose said. "This is the most devastating blow," Rose said of the homicide. "We are heartbroken."

In normally easy-going Fairfax, word of the arrests certainly provide relief. The last homicide there took place before the turn of the century.

At least, residents now know that their nearby hiking trail in the Loma Alta Open Space Preserve is safe again.

Family spokesman tells ABC7news Steve Carter's last night with his wife and friends with whom they were staying. pic.twitter.com/8f0YcvOek6 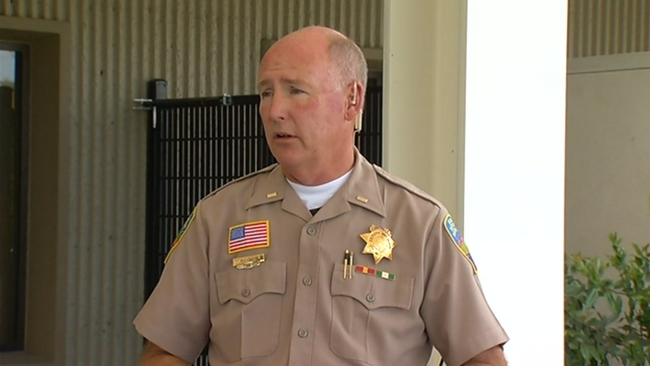 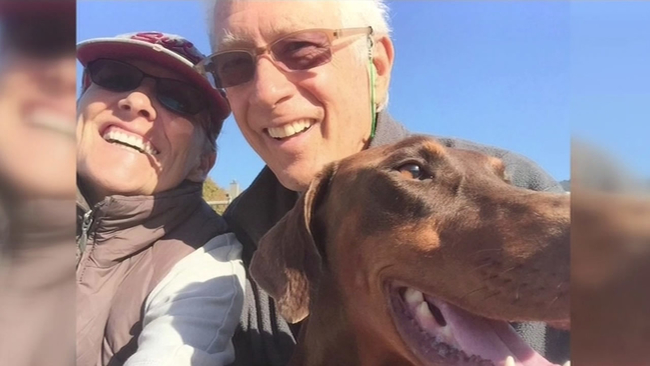 EXCLUSIVE: Friends of hiker fatally shot near Fairfax speak out 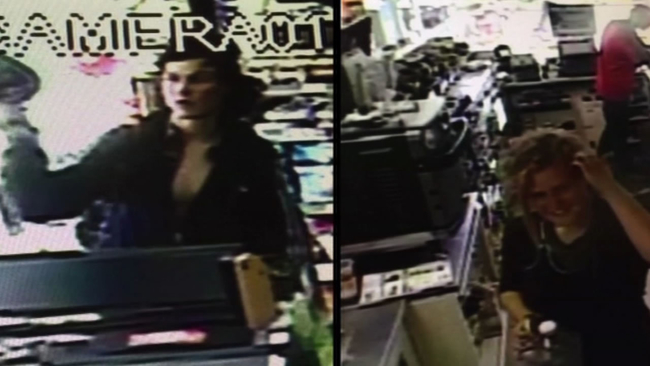