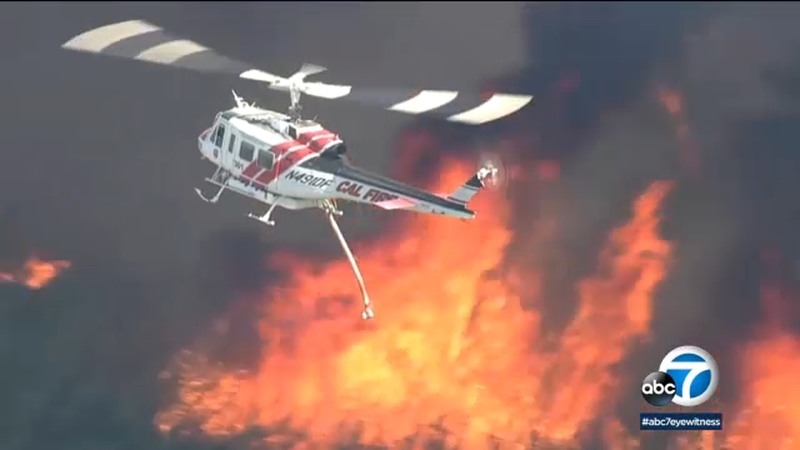 The blaze, called the Mann Fire, started in the dry Santa Ana River bottom and was reported just before 10 a.m. near California Avenue and Grulla Court, according to Cal Fire Riverside.

The fire went on to threaten some 500 homes.

Evacuation orders were issued for the area north of North Drive, from Crestview Drive to California Avenue; and the area north of Eighth Street, east of Pedly Avenue and south of the Santa Ana River bottom, the agency said.