LAS VEGAS (KGO) -- From the Las Vegas tragedy we're hearing stories of survival and of strangers saving each other. Two Bay Area couples who were at the concert helped more than a dozen injured people. Here's their incredible story.

It was supposed to be a fun weekend with friends. Petaluma resident Kim Schubert and her boyfriend Joel traveled to Las Vegas with their friends Justin and Jennifer McGrath for the Route 91 Country Music Festival. It's something they do every year.

Cellphone video captured a Bay Area couple as they aided victims amid the chaos of the Las Vegas shooting.

Jennifer thought it was firecrackers. Her husband pushed her to the ground.

"And then I look to my right and the first person that I see is this girl, and she's down and she had been shot in the head. And then I look over to my left and there's somebody giving somebody CPR and then I'm realizing that this is happening," said the Sebastopol resident.

Most people ran, but these four stayed.

"Then I started crawling and the firing is still going on and I see more and more people get hit," said Kim.

Her boyfriend is a trained EMT. He started giving people CPR.

"He knew exactly what he needed to do and he just started doing it," she said. "And he did it 'til the very end."

Jennifer and her husband used parts of fencing as makeshift stretcher. They flagged down cars and carried the injured to vehicles so they could be taken to the hospital.

The two couples just got home on Monday. Kim is covered in bruises from getting trampled.

"It's hard to know that we could have not made it," said Kim. "I could not be sitting here today and that part I can't get out of my head."

Both women admit it has been hard to readjust to normal life.

They felt it was important to share their stories so the families of those who did not make it know there were people who tried to help.

Nobody in the group suffered any major injuries. They are all still shaken up and say right now they just want to hug their kids. 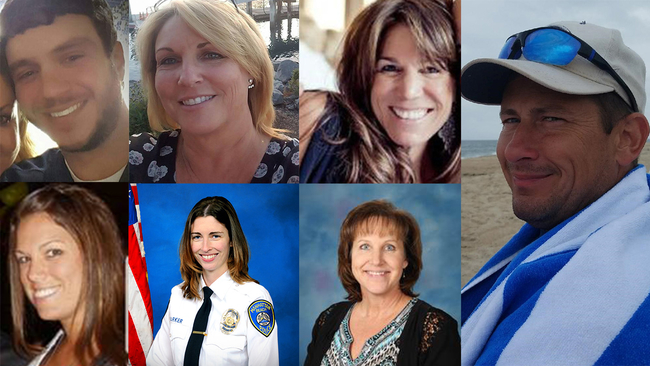