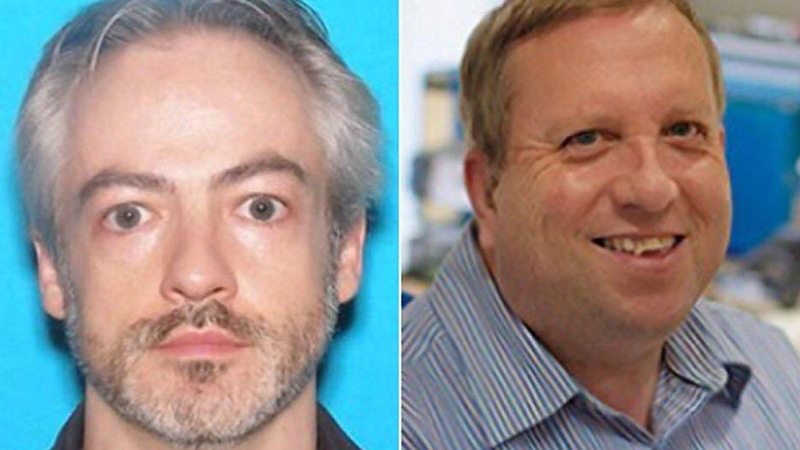 SAN FRANCISCO (KGO) -- A nationwide manhunt for two murder suspects has ended in the Bay Area.

Suspects in the bizarre crime in Chicago both worked at two elite universities. Police say research scientist Wyndham Lathem and college staffer, Andrew Warren surrendered to local authorities after being on the run for nearly a week.

"We were able to negotiate his direct surrender at the Oakland federal courthouse," Frank Conroy with the U.S. Marshal's Service said.

Warren, A 56-year-old employee at Oxford University in England, gave himself up at the Park Police station in San Francisco around the same time.

Chicago police found his body on the 10th floor of this luxury apartment building after they got a 911 call.

The same day, an hour away in Wisconsin, the two suspects made a mysterious $1,000 donation to a public library in Durnleau's name.

Investigators believe professor Lathem and the victim had a relationship.

According to Chicago police, before his surrender Lathem sent video to family and friends apologizing for the murder saying, "it is the biggest mistake of my life."

Lathem was a microbiologist at Northwestern for 10 years.

"I had him give a talk to some students about his research. He just seemed like a perfectly normal guy," Northwestern Medical Student Manan Metha said.

Andrew warren declined a request for a jailhouse interview in San Francisco.