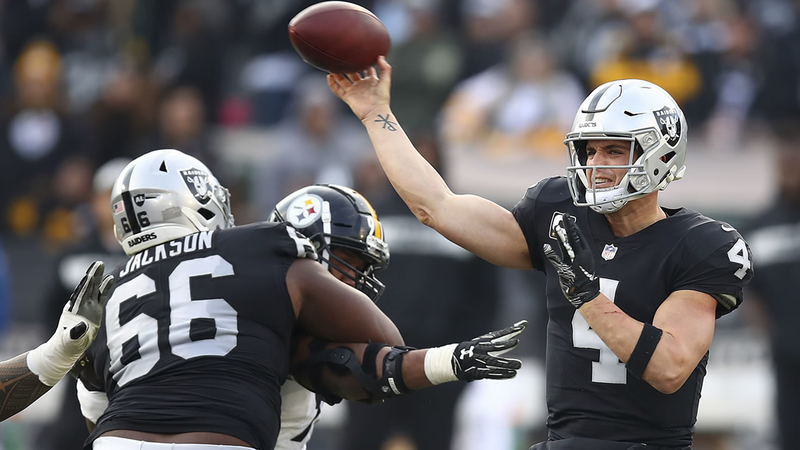 Oakland Raiders to be featured on 'Hard Knocks'

NAPA, Calif. (KGO) -- The start of the Raiders' final season in Oakland will be chronicled on an HBO show.

A 30-person film crew will shoot more than 1,750 hours of footage at the Raiders' training camp in Napa. The team says the crew will have unencumbered access to players' and coaches' meeting rooms, training rooms, living quarters and practice fields.

Hard Knocks launched in 2001 as an unfiltered look at what it takes to make it in the NFL.

The Raiders are set to move to Las Vegas next season. They will pay $7.5 million to rent the Oakland Coliseum and the Alameda practice facility this year, and have an option for 2020 in case their new Las Vegas stadium isn't ready.

"Everybody wants to be a Raider. Now they’ll find out what it takes to become one."

This year, #HardKnocks heads to Oakland.
Kick off a new season with the @Raiders August 6th at 10PM on #HBO. pic.twitter.com/yBWas7imAX