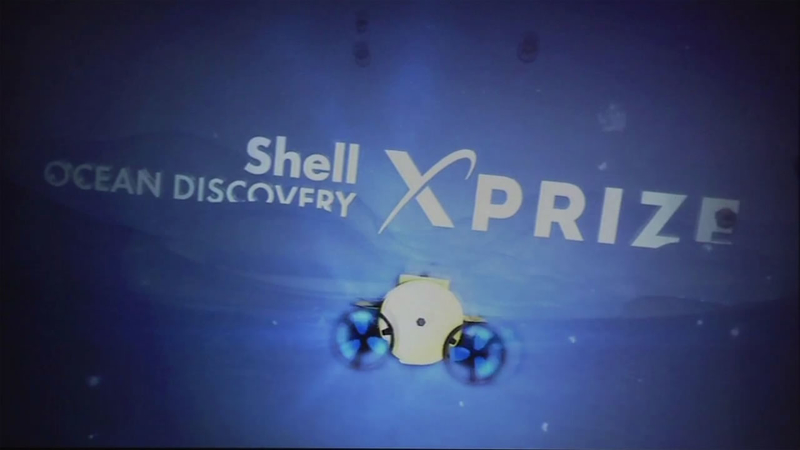 SAN FRANCISCO (KGO) -- With all the strides made in space exploration, there's been a push to explore more of planet Earth, specifically the two-thirds of it that are underwater.

The American Geophysical Union met Monday in San Francisco and made announcement that could bring a new understanding of the oceans.

Humans are driven to explore but some see a problem.

The XPrize Foundation is offering $7 million to the team that can fix that.

"A brand new moon shot, a brand new space race, here on what I think is the most interesting planet in the universe, down to the bottom of our ocean," said Paul Bunje of the XPrize Foundation.

Exploring the ocean floor is slow and expensive.

"My argument is our challenge is a lot harder. First of all, you can't communicate with radio frequencies, we 're operating at up to 10,000 PSI, often freezing in a harsh chemical environment with no light," said Richard Spinrad of the National Oceanic and Atmospheric Administration.

Deep sea dives are typically done from the deck of a large ship. To win the prize teams will have to build robots that deploy from the shore, dramatically cutting the cost.

For this prize, $6 million is offered by Shell, which does drill for oil in the deep ocean and drew questions.

"It is to me ironic that Shell is sponsoring this," one person asked during Monday's event.

Exploring the ocean floor could have benefits far beyon the oil and gas industry, helping to advance everything from cancer research to the battery in phones.

"We don't know where next Malaysian Airlines crash will be," Spinrad said.

Deep sea search and rescue could change forever with the new tools, so could environmental disasters like the Deep Water Horizon.

"All of those have required a capability for getting info about the ocean bottom pretty quickly," Spinrad said.

Even historians will benefit.