Environmental groups are stepping up a crusade to make sure the food people eat is good for the planet and they focusing on palm oil.

SAN FRANCISCO (KGO) -- Environmental groups are stepping up a crusade to make sure the food people eat is good for the planet. They are focused on palm oil, a common ingredient in a lot of processed food most people eat every day without knowing the cost to the environment.

Activists from around the country recently gathered at a secret location in San Francisco to train and strategize about how to get big snack food companies to crack down on environmental and human rights abuses in the palm oil industry. The meeting was put on by the Rainforest Action Network. Activists practiced staging non-violent events to spread awareness about industry practices.

Palm oil is the most widely used vegetable oil in the world. Demand is so great that millions of acres of rainforest are being burned or cut down to make room for palm plantations, primarily in Indonesia and Malaysia. The burning creates massive carbon emissions and it is driving endangered rhinos, orangutans and other animals out of some of their last remaining habitat.

"When I heard about what was happening to orangutans in the wild, it really hit me very close to home," said Boston activist Lindsay Vanderhoogt. She said she came all the way to the Bay Area to learn how to help.

"It's not that the people don't care, it's just that they don't know what's going on," said Becky Chung of Orange County.

Palm oil is in about half of all packaged products in grocery stores. That includes many cookies, chocolates, peanut butter, soap, and lotions, even lip stick. Sometimes palm oil is clearly labeled, but it can be listed under dozens of different names.

Some palm oil is grown responsibly, but a lot is not. In addition to environmental damage, the industry is responsible for human rights abuses. The U.S. Labor Department reports some palm oil coming from Indonesia and Malaysia is produced by child labor or forced labor.

Activists fighting abuses in those countries face extreme danger. ABC7 News spoke with one activist visiting the Bay Area from Indonesia. He asked that he not be identified. He is particularly concerned about threats to the highly prized Leuser Ecosystem, a protected area of rainforest on the island of Sumatra. The man said palm oil "is good only for companies, not people." He says workers are often badly paid and poorly treated and a lot of land is being stolen from indigenous people.

It's almost impossible for American shoppers to figure out all the products that contain palm oil and whether it was grown responsibly. The Rainforest Action Network has just released a scorecard and interactive website, grading the twenty biggest snack food companies.

"The good news is that half of these global brands have come out and made public commitments to eliminate conflict-palm oil from their supply chains," said Laurel Sutherlin of the Rainforest Action Network.

No companies got the highest rating, but some were named front runners for making significant progress to make sure palm oil is grown responsibly.

Rainforest Action Network also called out companies it says are not doing enough. The group has specifically targeted PepsiCo, which uses 450,000 tons of palm oil a year, sold under a lot of different brand names.

According to Sutherlin, PepsiCo "so far has refused to pass a policy that covers its entire global supply chain. So that means popular products like Doritos and Lays that are sold all around the world are not often covered by the commitment to use truly responsible palm oil."

PepsiCo is one of many large corporations phasing in palm oil that is certified by an organization called the Roundtable on Sustainable Palm Oil. But many environmental groups say that certification is too weak, still allows for the clearing of some rainforests, and has a poor track record on human rights.

PepsiCo responded with the following statement:

While the Rainforest Action Network has been critical of PepsiCo and our robust sustainable palm oil plan, this year, the Union of Concerned Scientists, an ally of the RAN, gave PepsiCo an 80 on their palm oil scorecard, which in their ranking equates to having strong palm oil commitments. We have met our stated commitment to exclusively purchase 100 percent certified sustainable palm oil for our products by this year and we are starting to source 100 percent physical RSPO (Roundtable on Sustainable Palm Oil) certified palm oil in a couple of markets.

After checking with the Union of Concerned Scientists, they sent a statement of their own to ABC7 News:

PepsiCo talks a good game, but the Union of Concerned Scientists (UCS) is skeptical about PepsiCo's ability to follow through on its commitment. The UCS scorecard is based on commitments to buying only deforestation-free palm oil, which is just one issue associated with palm oil production. Just because we gave the company a passing grade does not give PepsiCo a free pass on human rights, health, or other environmental issues. This is akin to getting a B- in English, but failing math, science and geography. One passing grade does not make a star student. 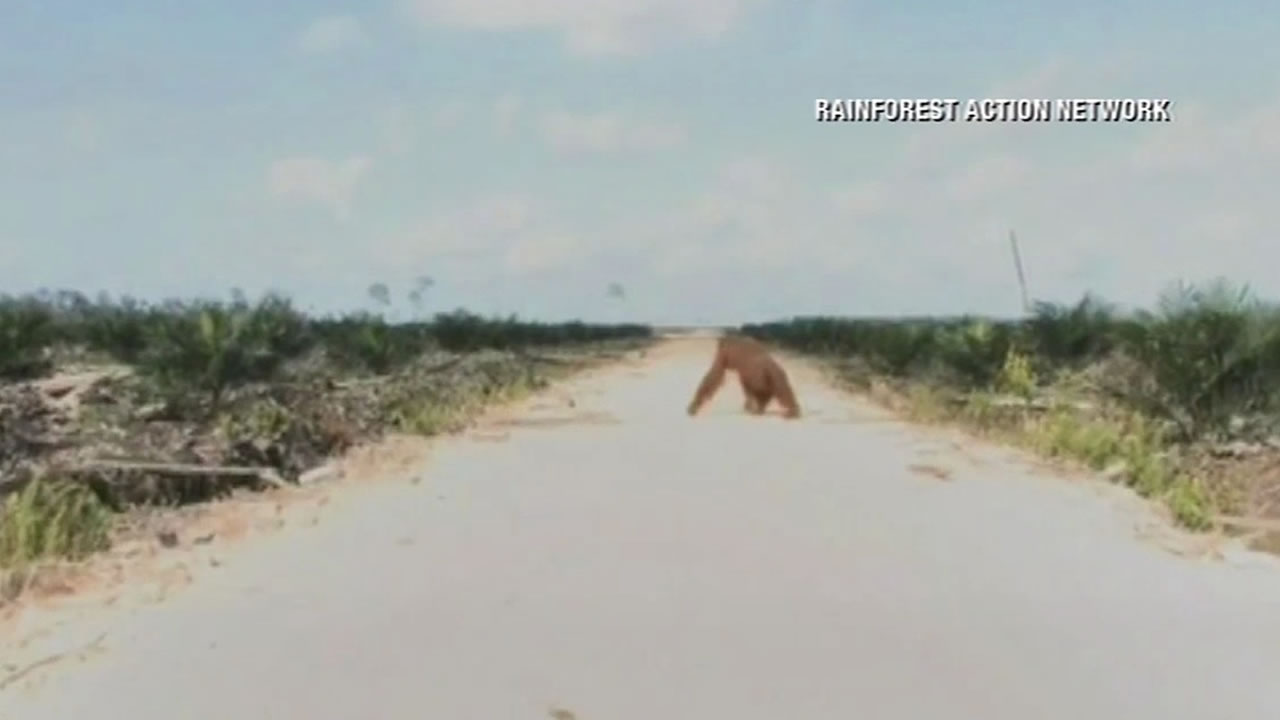