Toni Yates reports on the arrest of the suspect responsible for shooting a teen with a paintball gun.

PATERSON, New Jersey -- Police in New Jersey have arrested a 21-year-old man they say attacked a 14-year-old boy with a paintball gun outside his home.

The victim was hospitalized with severe welts after he was shot 20 to 25 times at close range with the automatic weapon in Paterson Monday afternoon.

Authorities say Edwin Perez was arrested Thursday and charged with second-degree aggravated assault, unlawful possession of a weapon and endangering the welfare of a child.

The victim's mom, Carolina Vasquez, said her son was ambushed on his front steps and had no time to react. She says he is now traumatized, with nearly two dozen deep bruises and welts all over his body.

She says her son simply answered a knock at the front door and suddenly found himself staring down the barrel of a gun.

She says while his physical wounds will heal, the psychological damage will take more time.

The only connection between the suspect and the victim that Vasquez knows of is that her son and the suspect's younger brother have been classmates at PS 26 for four years. She said the boys never fought or exchanged bad words -- and even if they had, she says there is still no excuse for a grown man to attack a child. 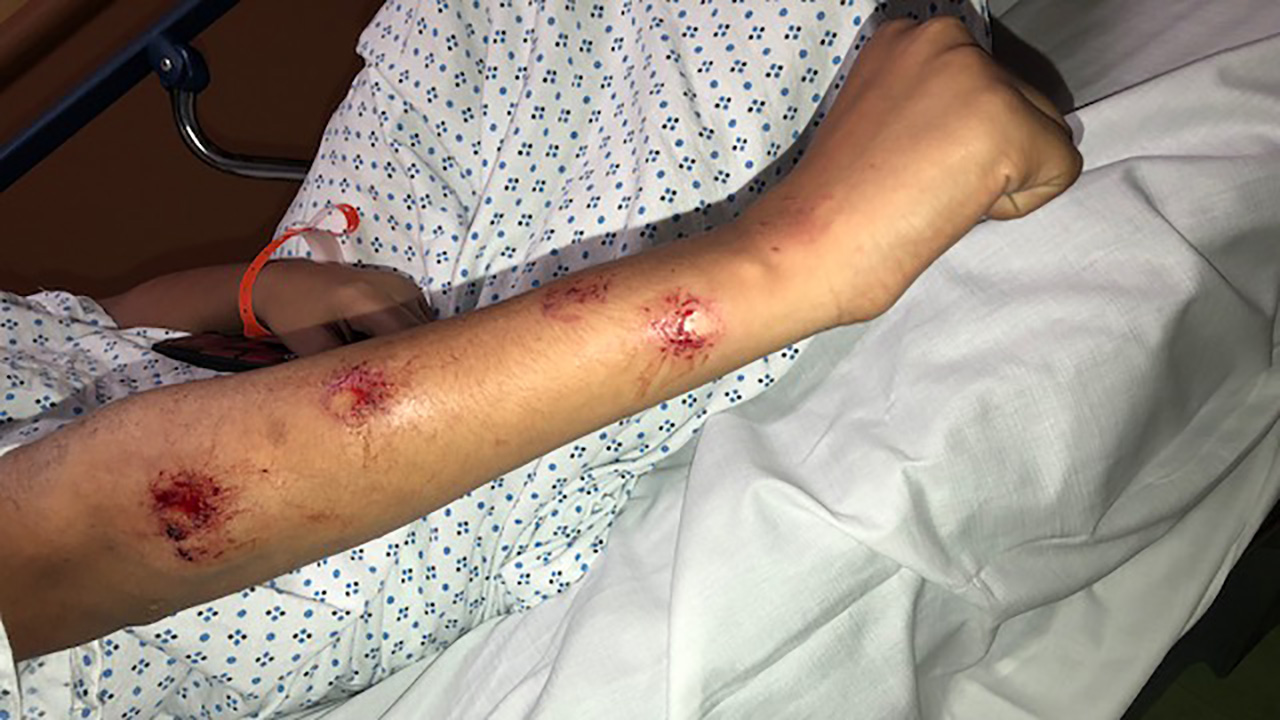