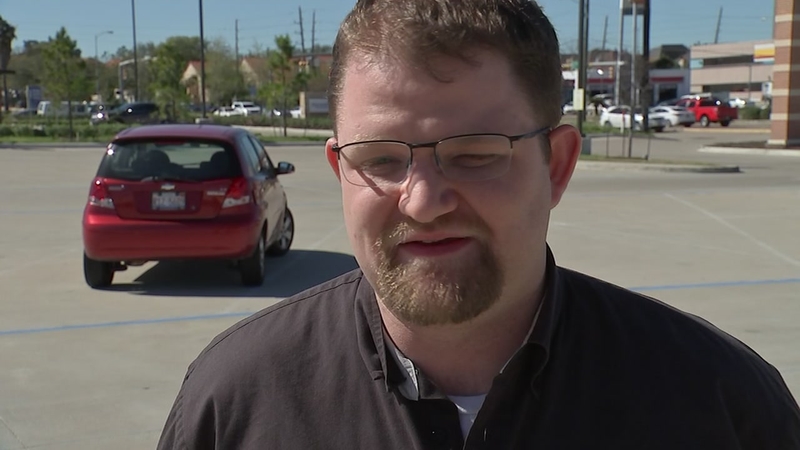 Stranger fixes car of Houston waiter down on his luck

HOUSTON -- A young man who was down on his luck was lifted up by a total stranger.

"It was gonna go. You could just hear the engine, hear the shocks, it wasn't long," Keith Burkitt said.

So many of us have been there, like Burkitt, driving a car that's about to break down. That was the case for the restaurant worker.

"I was really stressing out about what was going to happen," said Burkitt.

RELATED: Teen buys flowers for every girl at his high school

That's when a total stranger made an amazing offer.

The offer had no strings attached -- a genuine act of kindness.

"He doesn't know my last name, I don't know his, he didn't do this for show," said Burkitt.

That generous gentleman was a customer at the Galleria-area restaurant where Burkitt works and knew nothing of Burkitt's recent health problems or the loss of his grandfather. The two were just having a casual conversation.

"I was joking about how I have to turn my wheel all the way, and turn my body, just to keep the alignment," said Burkitt.

The man urged Keith to take the broken down car to a mechanic friend of his, Sam Najjarin.

RELATED: Rescue dog gets new shot at life thanks to George Clooney

"They replaced all four shocks, all four struts, cleaned the fuel lines out, replaced the timing belt and more. It came out to about $1,975," Burkitt said, but he didn't pay a penny.

"You hear about this stuff kind of happening, like the waitress getting a thousand-dollar tip, or somebody getting their college paid for, but it never occurs to you that the people doing that kind of stuff and the people you interact with every day," he said.

The donor had just one simple request, said Burkitt.

"Pay it forward someday," he said.