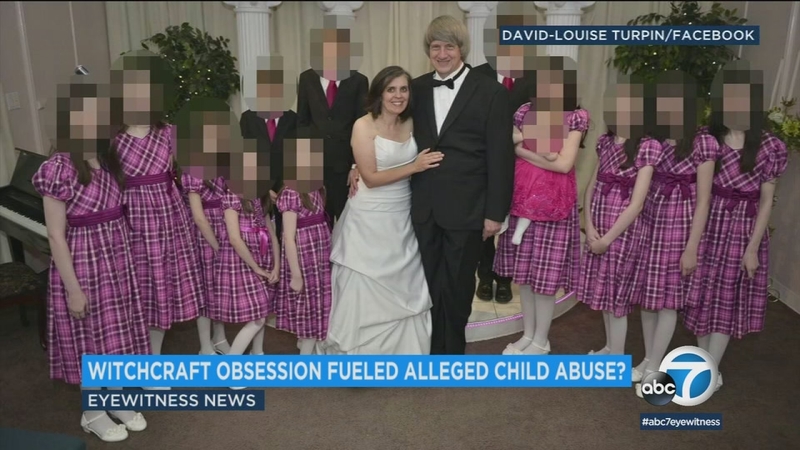 PERRIS, Calif. -- New details revealed about the Perris, Calif., mother accused of torturing and abusing her 13 children suggest she may have practiced witchcraft.

In the book, called "Sisters of Secrets," Flores says Louise became obsessed with witchcraft, claiming a Ouija board told her she was going to have another child.

Flores believes it was this obsession that could have led Louise to torture and imprison her children inside her Perris home.

Louise, the mother of 13 malnourished adult and juvenile children, some of whom were chained to furniture in a filthy Perris home, was confused by the arrival of Riverside County sheriff's deputies after a 17-year-old escaped and called 911, officials said shortly after her arrest.

According to Fellows, there had been no prior law enforcement contact at the Turpin home. A 17-year-old girl called 911 from a deactivated cell phone after she escaped through a window, authorities said. The teen showed deputies photos of the conditions in the home, which led them to respond to the residence to conduct a welfare check and interview Louise Turpin and her husband, David.

Authorities said the evidence of starvation was obvious, with the oldest sibling weighing only 82 pounds.

At that time, deputies found three of the 12 children who were still in the residence chained to furniture. David and Louise Turpin were subsequently arrested and charged.