Passenger account from inside Southwest plane after emergency landing 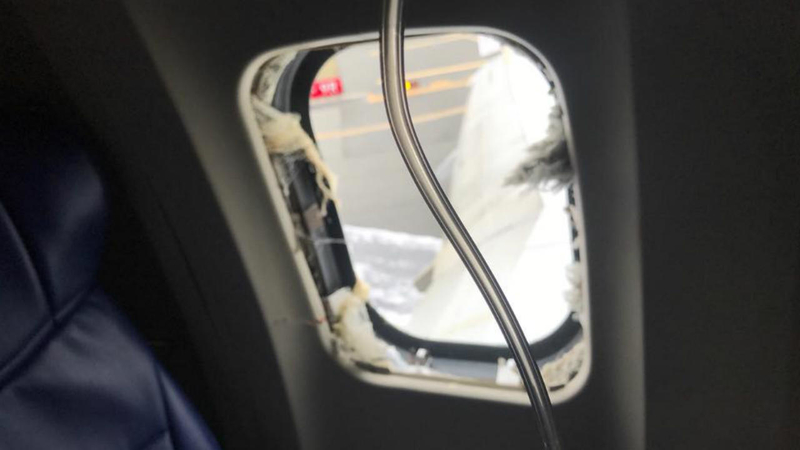 PHILADELPHIA -- Matt Tranchin was on his flight home from New York to his 8-month pregnant wife in Dallas when he saw an explosion ahead of him.

Chaos and confusion was felt throughout the plane, Tranchin said, followed by panic.

He believes an engine exploded and a shard shattered a window, injuring one of the passengers.

"Flight attendants rushed up. There was momentary chaos. Everyone kind of descended on where this hole was. As passengers we weren't sure if they were trying to cover up the hole, but the plane smelled like smoke. There was ash coming through the ventilation system. We started dropping," Tranchin said.

Tranchin said, given the circumstances, the flight crew did their best, but the situation was too much to handle for many.

"As kind of an indication of how terrifying it was, some of the crew couldn't hold back their horror. And some were crying as they looked out through the open window onto the engine," Tranchin said.

"I know I was with a colleague of mine and we spent the next 15 minutes before landing saying our goodbyes. You don't want to scare your friends and family, but you also don't want to not say goodbye," Tranchin said.

With a shattered window and a plane coming in for an emergency landing, Tranchin's thoughts were on his family and the baby boy on the way.

The plane landed in Philadelphia around 11 a.m.

For Tranchin, he says this is an experience that changes your life.

"You always see these things on the news, never think it's going to happen to you. All you can do now is reassess, reprioritize, and live life to the fullest. I plan to do that," he said.

As the passengers were being taken off the flight, Tranchin shot a few photos and was able to tweet a caption of relief, "If this ends up being the opening scene to Final Destination 13, I'm going to be really salty."

If this ends up being the opening scene to Final Destination 13, I'm going to be really salty. #Flight1380 pic.twitter.com/feK7cPZS70

"I took those pictures as I was deplaning, which, by the way, is a verb I don't think anyone ever wants to use in the first person," Tranchin told Action News.

After experiencing fear, shock, and uncertainty, the father-to-be is ready to see his wife again and is hoping to find another way home soon.

"If anyone wants to start a GoFundMe to get Ubers and Lyfts to take us back to Dallas, that would be amazing," Tranchin said.