KGO
By by Tiffany Wilson
OAKLAND, Calif. (KGO) -- Mixed signals from Washington over a possible agreement to preserve protections for young immigrants are increasing anxiety and confusion on college campuses, where the stakes are high.

Amid the uncertainty, colleges and universities are stepping up efforts to protect students enrolled in the Deferred Action for Childhood Arrivals program, telling them to be hopeful but plan for the worst.

UC Berkeley, the University of San Francisco and many other campuses are offering free legal advice to immigrant students now facing fears of deportation. Nearly sixty college and university presidents sent a letter urging congressional leaders to make the program permanent out of "moral imperative and a national necessity."

An estimated 350,000 of the country's nearly 800,000 DACA recipients are currently enrolled in school, most at colleges or universities, according to a 46-state survey this year by the advocacy group Center for American Progress. Under the program, they were protected from deportation and allowed to legally work in the United States with two-year permits.

A few dozen people gathered in Fruitvale to fight for Sanctuary State status and #Daca pic.twitter.com/ifMd3bNBgj

"It takes the movement to make that happen, not the politicians," said Tania Kappner, who organized the rally in Oakland.

"We're not going to allow the immigration police to come in," said Alejandra Basulto, who says she has grown up fearing any interaction with authorities.

She says the California Values Act gives her a sense of security. "Now knowing this is a sanctuary state, it's a blessing, not living in fear anymore," said Basulto.

Basulto is one of nine people to renew her DACA papers at Most Holy Trinity Church In San Jose. It will extend her work permit by another two years.

People starting to rally in Oakland for #DACA and immigrant rights pic.twitter.com/v7GQmllCvs

She got a wonderful surprise when she arrived. "Initially, we knew we were going to pay the $495. When I got here, they told me that fee was waved," said Basulto.

It was waved thanks to a grant for DACA renewals in Santa Clara County.

"The fee of $495 should not be an issue because there is funding available to cover that cost," said Robert Yabes, the Director of the Catholic Charities program.

The top congressional Democrats, Sen. Chuck Schumer of New York and Rep. Nancy Pelosi of California, emerged from a White House dinner Wednesday to say they had reached a deal with President Donald Trump to save DACA. But amid backlash from conservative Republicans, Trump said Thursday that they were "fairly close" but nothing had been agreed to.

It was the latest in a confusing back-and-forth on the subject that started last week when the Trump administration announced it was rescinding the program but gave Congress six months to come up with a legislative fix.

"I don't think anybody can put much faith in the statement that there is a deal because so much can change," said John Trasvina, dean of the University of San Francisco School of Law and an immigration expert who worked in Washington under the Clinton and Obama administrations. "I've seen tons of times when people think they have an immigration deal, and then it goes away."

Under the Trump administration plan, those already enrolled in DACA remain covered until their two-year permits expire. If their permits expire before March 5, 2018, they can renew them for another two years as long as they apply by Oct. 5. But the program isn't accepting new applications.

The University of San Francisco, which has about 80 DACA recipients, is advising students to adhere to that deadline and is raising money to help pay the $495 renewal fee.

Despite reassurances from schools that they'll be able to continue attending classes, many students are anxious. They're worried about how they'll pay for school if they can't work.

Ana Maciel, a 23-year-old who works full-time to put herself through a University of San Francisco education Master's program, says she's been on "an emotional roller coaster." She fears being deported to Mexico, the country she left at age 3, and wonders if it's smart to keep investing in school if she can't work afterward.

"Is this what I should spend my money on?" Maciel says about her $8,000 tuition. "Everything is up in the air."

"The university says it doesn't allow ICE agents on campus, but that doesn't mean they won't come in," said Lin, who was brought to the U.S. illegally at age 12.

Napolitano helped create the program in 2012 as Homeland Security secretary under President Barack Obama. The 10 schools in the UC system have about 4,000 students without legal permission to stay in the U.S.

UC schools are among those offering student loans to DACA students, and they've directed campus police not to question or detain individuals based on their immigration status.

There are an estimated 1,700 eligible applicants in Santa Clara County. The deadline to renew is October 5th.

Click here for more information on how to apply for a grant. 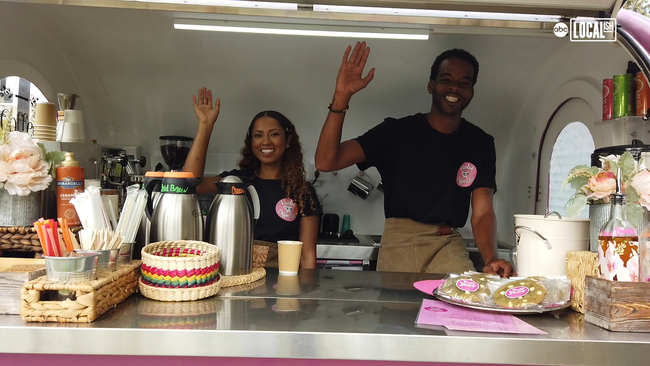