"It ends money bail. Period. Full stop. End of story," said Assemblyman Rob Bonta, who co-authored the bill. "It will no longer be based on money any more because that is wrong. It will be based on an individual's full set of circumstances, their risk to the public, their risk of flight and that's the right thing to do that's the better thing to do. This is a much more justice more safe approach."

Instead of bail, the state will rely on a risk assessment classification, "low", "medium" or "high," when determining whether suspects should be released before trial. Those accused of violent felony crimes may not be eligible for pretrial release. If someone is arrested for a nonviolent misdemeanor, they are suppose to be released from jail within 12 hours. For other suspects, officials will have 24 hours to determine whether that person should be let out before trial.

"We're concerned it's really going to lead to more people being incarcerated," said Jeff Adachi with the San Francisco Public Defenders office. Adachi is glad to see bail reform but like many, has some reservations. "It sets off this huge bureaucracy. It gives judges really all the power how to score these tools and what tools are going to be used."

Alaeddine Maaroufi has been out on bail since March. He says he's innocent of his charges, which he described as, "Five kidnap, four robbery and three robberies with a use of firearm."

We met him at a bail bonds business across from San Francisco's Hall of Justice, where he was making a payment. After 6 months in custody, he says he was released from jail on $700,000 dollars bail and is now awaiting trial. But he says his co-defendants are still locked-up.

"I feel bad they don't have money even to pay bail. I'm lucky." While he acknowledges the current bail system put him at an advantage over his defendants who can't come up with bail money, Maaroufi worries the new law would mean that he would never have had the opportunity to be released pre-trial. "It was hell inside for me," said Maaroufi, who spent six months locked-up before he was given bail.

But the very business that let Maaroufi put up $50,000 bond, will likely be forced to close for good. "We are very disappointed," said Gloria Mitchell, who is the president of the California Bail Agents Association.

She spoke to ABC7 via FaceTime from Southern California on Tuesday. She says more than half of California's 3,000 licensed bail agents are women and minorities and that the state's 350 or so bail bonds businesses will be forced to close. "I'm a second generation, my mother was first and my daughter is third generation, so yeah, this is very concerning because we will be without any livelihoods."

The new law will take effect in October of 2019. A number of other states have taken steps to restrict their cash bail systems, but California is the first to completely eliminate money from pretrial detention. 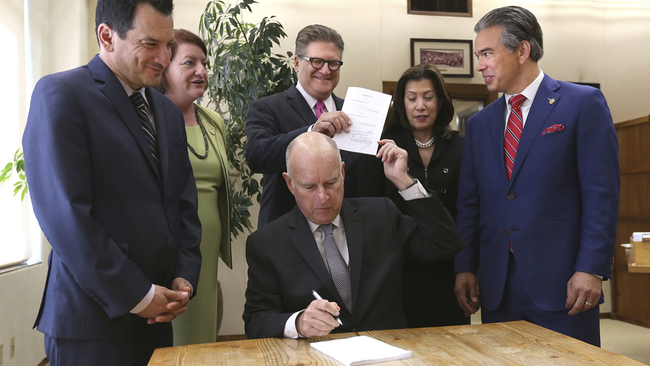 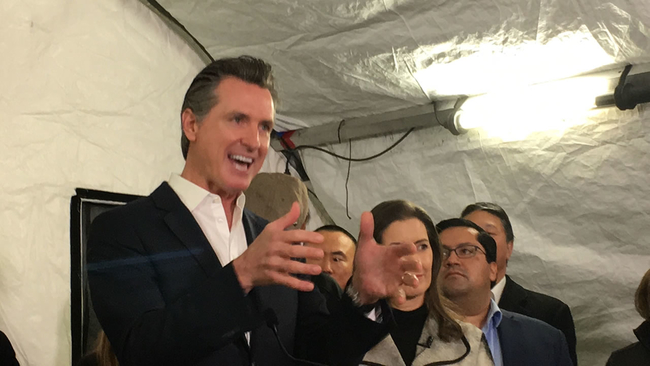