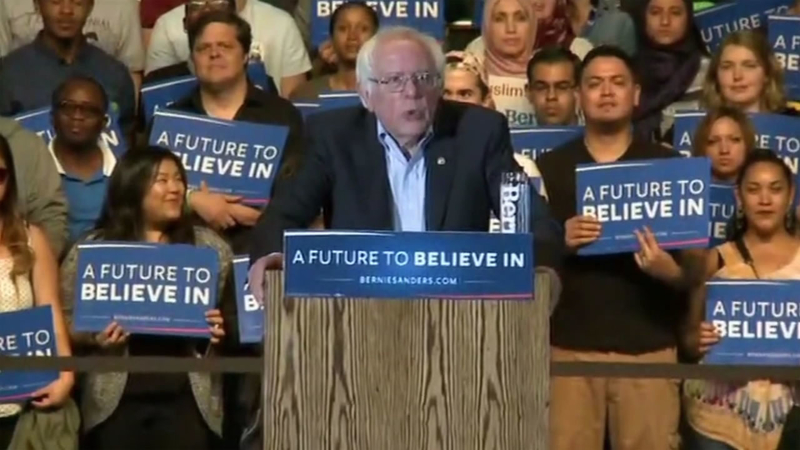 Actor Danny Glover introduced Sanders, who got a rock star welcome from supporters who filled an outdoor stadium.

An estimated 15,000 people, in fact, were feeling the Bern. Sanders said he's in it to win in California.

"We are going to fight for every vote until June 14 and we are going to take the political revolution to the convention in Philadelphia," Sanders said.

People waited in line for hours in the hot sun and some were overcome by the heat and needed medical attention.

Colleen Erikson and her friends feel disenfranchised as voters. They believe Sanders' message is fresh, despite his narrowing chance of defeating rival Hillary Clinton.

"You don't have to go with Hillary, you can trust in Bernie. I think the wave is getting bigger and its contagious," Erikson said.

"Whether Bernie makes it or not is not a testament to what the people feel, but I think it's more important whether Bernie has started something that made everybody else wake up," supporter Ann Wenzel said.