KGO
By by Katie Utehs
SAN FRANCISCO (KGO) -- There was a surprising political upset and a new mayor of San Francisco. Former Supervisor Mark Farrell was elected by the board and sworn in, unseating London Breed as acting mayor since the death of Ed Lee.

The new mayor held a press conference at 9 p.m. following a dramatic turn of events. The political theater inside San Francisco City Hall felt like improv at times.

City Hall erupted as Farrell unseated Breed in a 8 - 2 vote. Farrell abstained. He was sworn in quick fashion and will hold the office until June.

Supervisor Aaron Peskin had called for a vote by the board because Breed was acting as both Mayor and board president following the Death of Ed Lee in December. It raised concerns regarding separation of power.


Breed has already declared her candidacy for Mayor in the upcoming election.

Mayor Farrell will now pick his replacement for the seat he just vacated and the person's term will last until January 2019 at which time a candidate who was voted in will take over the district seat.

Farrell missed the cut off to run for Mayor so his Mayoral term will end in June.

Unrest at #SF Supervisors' mtg as they vote for Sup. Mark Farrell to be successor mayor. One more vote needed for it to be finalized. Unseats Sup. London Breed. #abc7now pic.twitter.com/941U7yCKCV 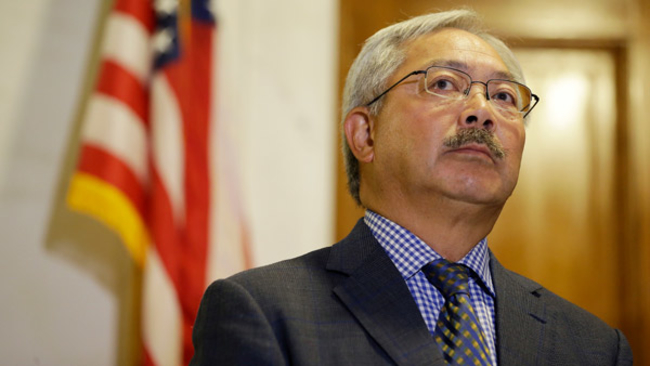