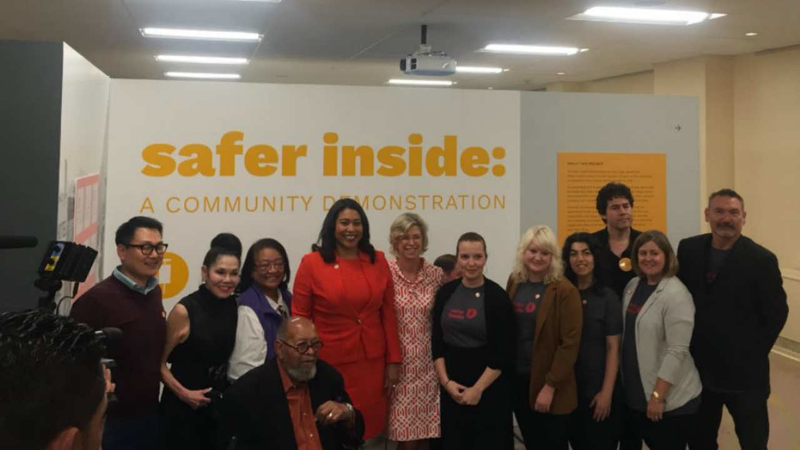 The site opens following the passage of a bill that would allow San Francisco to open actual safe injection sites under a three year pilot program. The legislation will now be sent to Governor Jerry Brown for his signature.

Mayor London Breed toured "Safer Inside" Wednesday. It is the first model of an overdose prevention program in the United States.

The mayor says a safe injection site like this one would provide an alternative for people who inject themselves on city sidewalks and leave used needles behind.

"Part of a solution to addressing those particular challenges would be to bring this indoors," said Mayor Breed.

Still Breed recognizes there are legal concerns for providers who could be charged federally.

"We want to open one as soon as possible but I do think it's going to be important that we protect the people who are working at these facilities," said Mayor Breed.

What do you think about San Francisco’s safe injection site? pic.twitter.com/CodE0OrPHT

The injection site would provide supplies, education and resources, but will not supply drugs.

"The existing sites that are open demonstrate clearly that not one overdose has occurred in any of these sites around the world," said Mayor Breed.

"This is the time in history to give this the chance it's been proven in other countries," said San Francisco Sheriff Vicki Hennessy.

Alex Kral agrees. The Principal scientist at RTI International , an independent, nonprofit institute, says he questions the findings of a new review of research that found safe consumption sites don't have a significant effect on overdose mortality.

"There's definitely the possibility of biases in terms of the small number of studies they actually chose to include in that study," said Kral.

"This is not about enabling drug use this is about providing people with some dignity and respect so that they can then take that next step to get into treatment if that's what they want," said Laura Thomas, Deputy State Director in California for the Drug Policy Alliance.