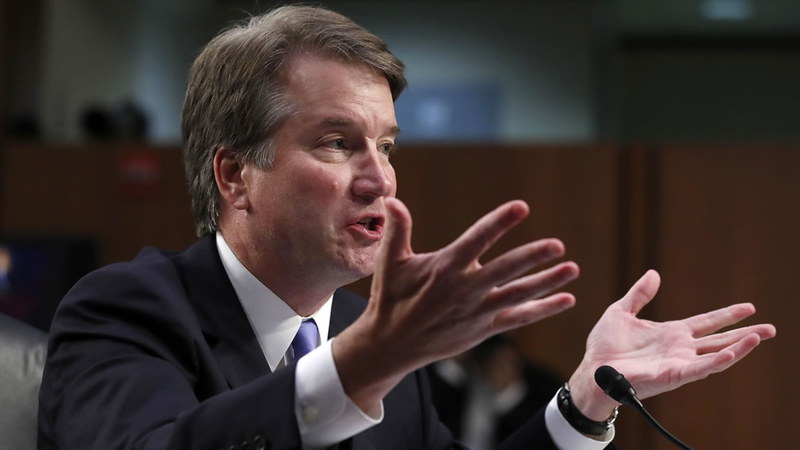 WASHINGTON (KGO) -- Washington Post reporter and UC Berkeley graduate Emma Brown spoke to CNN Monday about her conversations with Christine Blasey Ford, who has alleged Supreme Court Justice nominee Brett Kavanaugh physically and sexually assaulted her at a party when they both were teenagers.

"She was terrified about going public she didn't want to speak on the record," said Brown.

That was in July when Kavanaugh was on a short list, before he was nominated to the Supreme Court.

President Donald Trump's nomination of Brett Kavanaugh to the Supreme Court was thrust into turmoil after the woman accusing him of high school-era sexual misconduct told her story publicly for the first time. Here's what we know about Bay Area professor Christine Blasey Ford.

Brown says Ford felt Senator Feinstein honored her request for confidentiality but as reports about the letter surfaced last week, Brown says Ford had a change of heart about her anonymity.

"She felt like people knew her name and somebody would likely out her," said Brown.

Brown says Ford felt a civic duty to speak out.

While some are questioning what they are calling her 11th hour decision, Brown says Ford disclosed the alleged attack to therapists in 2012 and 2013.

Karen Fleshman is an activist who was arrested three times during Kavanaugh's confirmation hearings. "In a time of MeToo, this is imperative every single woman should be behind her 100 percent," said Fleshman.

Fleshman says she paid a $35 fine each time.

"Totally worth it. I would do it again in a heartbeat," said Fleshman.

She believes Kavanaugh should withdraw his nomination. "Judge Kavanaugh could easily serve for 30 years. It's not about our lives, it's about our children's lives and what kind of society they will grow up in. We can't have this man on our Supreme Court," said Fleshman.

Kavanaugh has said he categorically and unequivocally denies the allegation.

President Trump praised Kavanaugh Monday as one of the finest people he's ever known and also said he supports going through a full process to hear everybody out.