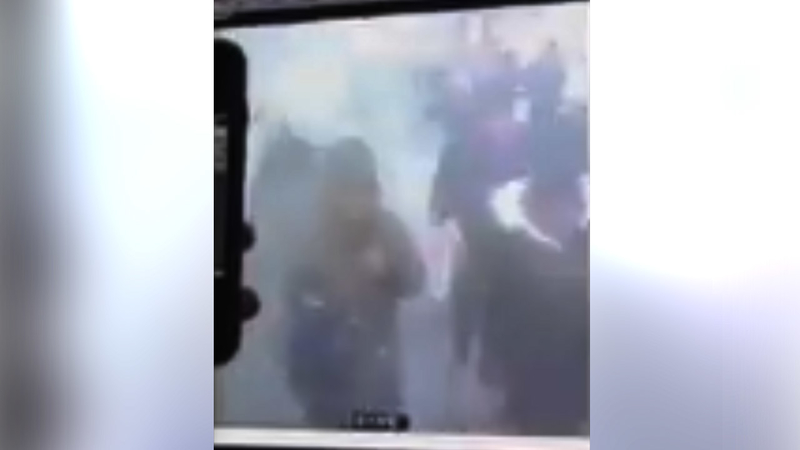 The video, which was posted on social media, shows a crowd of people walking through the tunnel that runs under 42nd Street in Manhattan, connecting the Port Authority station with Times Square.

Moments into the video at 7:20 a.m., the explosion can be seen in the tunnel and then people start running.

Authorities said the suspected bomber had a pipe bomb affixed to him with Velcro straps. He was seriously injured. Four bystanders were treated for minor injuries.

Photos of the scene: