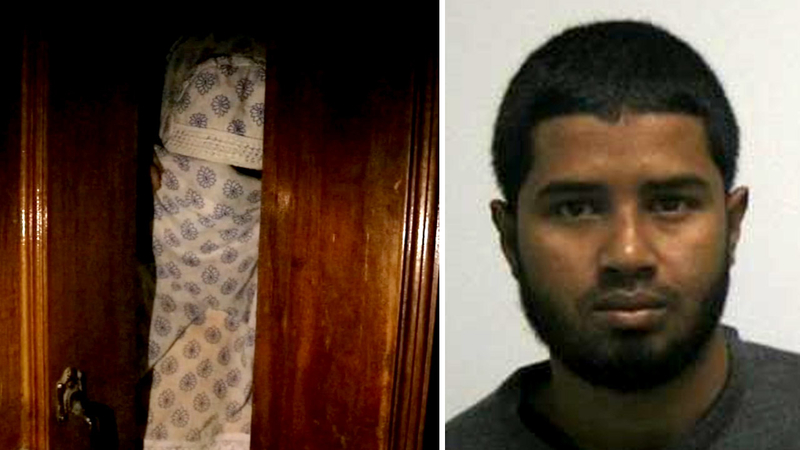 MIDTOWN, Manhattan -- The wife of the man suspected of detonating a pipe bomb in an underground corridor near New York City's Port Authority Bus Terminal said she spoke to her husband on the day of the explosion.

Jannatul Ferdous spoke with ABC News from behind a closed door at her apartment in Dhaka, the capital city of Bangladesh.

She said she talked with her husband, Akayed Ullah, on the phone Monday morning, the day of the bombing in which police said Ullah caused an explosion in the subway tunnel in the name of ISIS.

Ferdous said her husband asked her during a visit to Bangladesh in September to read the writings and sermons of a known radical Muslim preacher.

Here is the Q&A with Ferdous, which was translated from Bengali:

Q: Do you want to fight in the court for your husband?
A: "The family is trying and thinking, it's not my own decision right now. It does not matter whether I want it or not."

Q Did you ever think, you husband can get involve such an event?
A: "No, I never ever felt so."

Q: Did he sound upset or that he was down that there is something wrong?
A: "No, I don't think so. There were no signs of that. He did not even call before leaving for work."

Q: Did he ever say anything negative on USA?
A: "No, never ever."

Ferdous' mother told ABC News that Ullah was in Dhaka in September and left for New York City on October 22.

Ullah, 27, is facing five federal terrorism counts, including use of a weapon of mass destruction and bombing a place of public use.