San Francisco Portola residents fed up with RVs on street

KGO
By by Kate Larsen
SAN FRANCISCO (KGO) -- "Once you get a couple RVs, it's like a signal goes out. It's a dumping ground," said David Lara.

Lara was referring to RVs parked along University Street around the corner from his home in San Francisco's Portola neighborhood.

"We're at the point it's getting out of control," he added.

On Thursday night, ABC7's crew counted half a dozen RVs in the area, but Lara said he's seen up to 35 RVs and trucks parked in one day.

"Neighbors have... witnessed things being dumped down the sewer," said David's wife, JoAnn, who has lived in the Portola her whole life.

She said the RVs have gradually become a problem the past few years.

"DPW said that's urine and stuff, so it's kind of gross," JoAnn explained.

She's concerned about the safety and well-being of both her neighbors and the people living in the RVs.

"Why doesn't the city open their hearts and find somewhere for these people?" JoAnn asked.

"There is no silver bullet to these types of issues," said SFMTA's spokesman, Paul Rose. SFMTA is in charge of managing San Francisco's curbs.

Rose said restricting RV parking in more parts of the city does not solve the problem.

"What we've found is that just moves it to a different neighborhood or a different part of the city," Rosa said.

"Something's gotta give here. My residents are rightfully fed up," said San Francisco Supervisor Hillary Ronen, who is in charge of District 9, which includes the Portola.

Ronen said she is proposing solutions, like Proposition C on the November ballot, which taxes large corporations in order to pay for homelessness.

She's also in favor of an RV park.

"I asked the Department of Homelessness to find a space somewhere in San Francisco where people living in RVs could camp legally and safely and maybe have access to bathrooms. And what I was told is they don't have money in their budget," Ronen said.

Ronen, who spoke to ABC7 from Los Angeles Thursday night, said she'll be calling for a hearing to come up with a solution for RV parking at next Tuesday's council meeting.

Rose added that if you're concerned about an RV or any vehicle that's parked long-term in your neighborhood, call 311.

David and JoAnn Lara's son, Matt Lara, said that as of Thursday night, he has more than 800 signatures on a petition about the RVs that he's collected online and in person while canvassing his neighborhood.
Report a correction or typo
Related topics:
real estatesan franciscohomelesshousinghousing marketaffordable housing
Copyright © 2020 KGO-TV. All Rights Reserved.
RELATED
East Palo Alto takes up housing crisis with pilot RV program 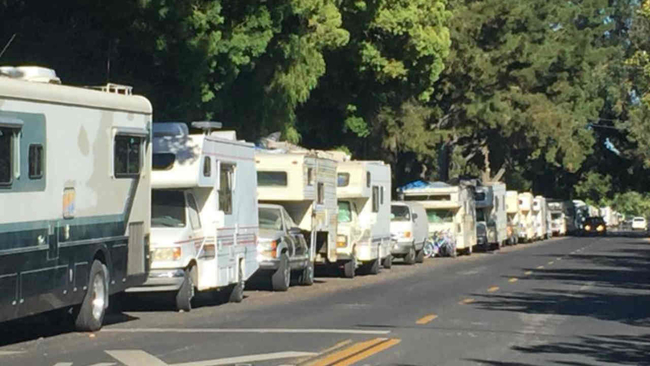 Program offers place for homeless to park in Mountain View 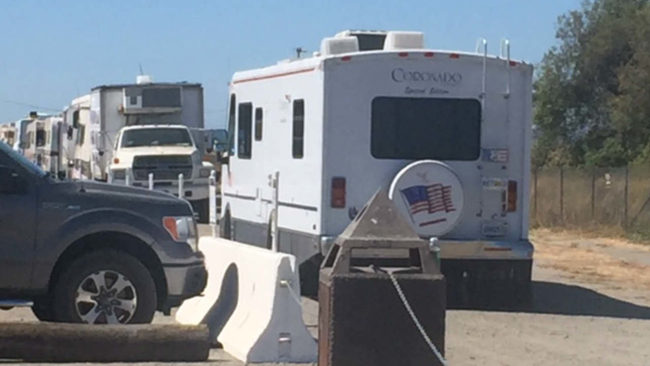