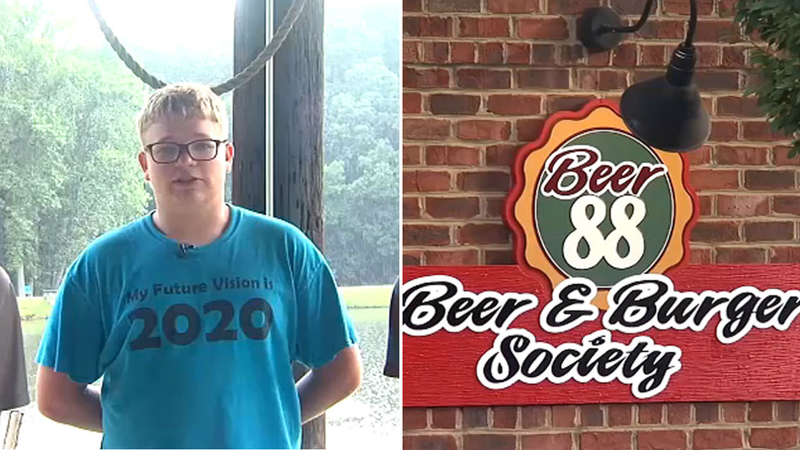 LYNCHBURG, Virginia -- A restaurant in Virginia is facing backlash on social media for ridiculing a high school student who paid his bill with coins.

Someone at the restaurant posted a picture on social media with the caption "How not to pay at a restaurant" and said it was "ridiculousness."

Cohen Naulty, 17, said he used the tips he earned as a server at another restaurant to treat his friends.


"It's just U.S. currency, I'm allowed to use it, it's not illegal, I'm not doing anything wrong," Naulty said.

After all the negative responses, the restaurant added another post, saying it was intended as a joke and they did not intend to publicly shame anyone:

"In response to our earlier post, it was posted as a joke, intended as a joke and should be taken as a joke. It was posted as a light-hearted way of saying that something like this can be annoying to people that work in the restaurant/retail industry. In no way did we publicly shame ANYONE for paying OR for tipping. We try to keep our page funny and relatable, and had no idea that his would be offensive to anyone."
Report a correction or typo
Related topics:
societyvirginiamoneyfacebookdiscriminationsocial mediateenagerteenrestaurantrestaurantsviral
Copyright © 2022 WABC-TV. All Rights Reserved.
TOP STORIES
LIVE: 2 children dead after 'active shooter' incident at Texas school
ABC7's new 24/7 live stream offers local news, weather
Man arrested in SJ former workplace stalking case, police say
1st possible CA case of monkeypox believed to be in Sacramento
Almost $8 a gallon? Here's when expert says gas prices may go down
US to release monkeypox vaccine from national stockpile: CDC
Heard rests case at libel trial without calling Depp
Show More
Senior with Native American regalia on cap denied grad walk
High school stunt team used Black mannequin head as 'mascot'
US birth rates rises for first time in 7 years
SJ Mayor Sam Liccardo tests positive for COVID, his office says
Firefighters worried about increased fire danger this week
More TOP STORIES News