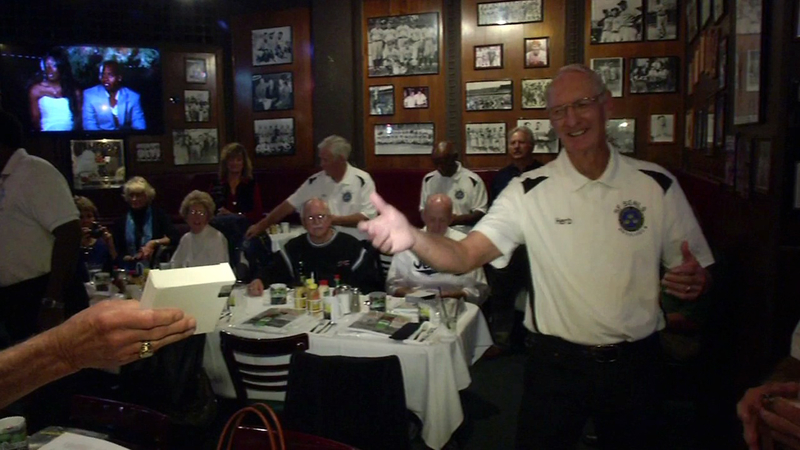 SAN FRANCISCO (KGO) -- The San Francisco Seals were recognized at Lefty O'Douls for being the top senior league softball team.

All the players are 75 years and older, but age is not slowing them down. For the past three years, the team has won the regional, national and world softball championships. The Seals are on their way to a fourth grand slam.

"We mostly play younger guys because there aren't many teams that can play at our level. And sometimes, as Don was saying, we have to give them runs, four or five runs, to kind of equalize the game," said Tom Palma, SF Seals player.

The Seals have been playing together since 2001. They started as an over 65 year-old team.