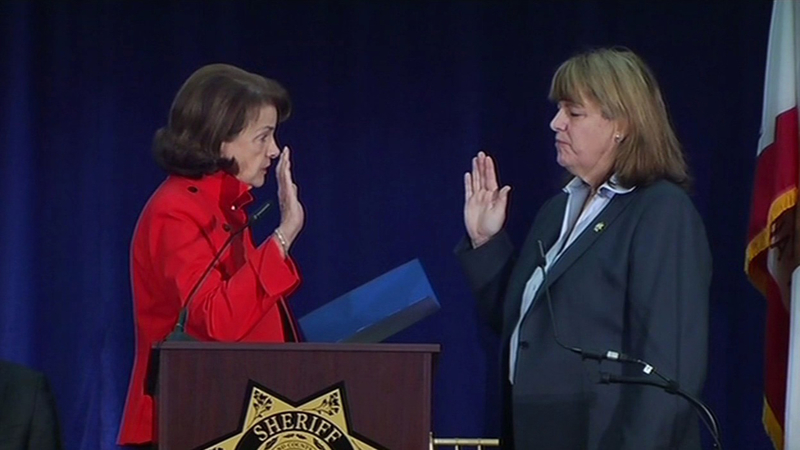 SAN FRANCISCO (KGO) -- History was made Friday when the first female sheriff in San Francisco was sworn in at city hall.

There were several bursts of applause and standing ovations for San Francisco Sheriff Vicki Hennessy. She was sworn in by US Senator Dianne Feinstein.

"We need to remember code of ethics in all we do," said Hennessy.

Hennessy's predecessor Ross Mirkarimi was suspended during his term on official misconduct charges because of a domestic dispute with his wife. Hennessy didn't mention Mirkarimi, but she did have all officers in the room recite the law enforcement code of ethics.

"The overarching themes of my campaign were restoring leadership to the department and that rests with me and that means the buck stops here, that means I'm the leader and the person that needs to make that happen," said Hennessy.