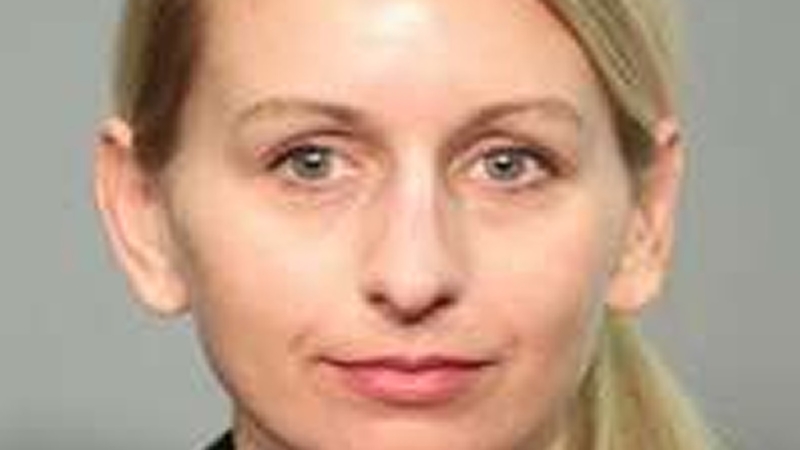 SAN JOSE, Calif. (KGO) -- A San Jose high school community is in shock this morning, over the arrest of one of their teachers. Police accuse her of luring a student into a sexual relationship.

The East Side Union High School District sent out this letter to parents informing them about the arrest and also letting everyone know help is being provided to the alleged victim and his family.

Santa Teresa High School is the home of the saints. But one of its teachers, 32-year-old Trudy Hill was arrested for allegedly doing something criminal.

East Side Union High School District officials say she was arrested and booked on charges of felony sexual assault on a minor. Police say the investigation revealed Hill used her position of authority to exploit the 17-year-old male student into a sexual relationship between August and November of this year.

"The student is currently a senior at Santa Teresa. And yes, and so they had that relationship at school based on teacher student," said East Side Union High School District Superintendent Chris Funk.

Hill posted bail and was released. The English teacher taught for the first couple weeks this semester, but has been on medical leave ever since. East Side Union High School District officials say Hill was a teacher in the district since 2012, and at Santa Teresa since 2014. She was also the school's diving coach. Hill is the fourth district employee this year to be accused of having an inappropriate relationship with a student.

"I'm terrified by it, I'm disappointed by it because in public education we have a lot of trust that's established because we are a system of education and when an adult violates that trust because they're in a position of power and authority it puts a black eye on the entire organization," said Funk.