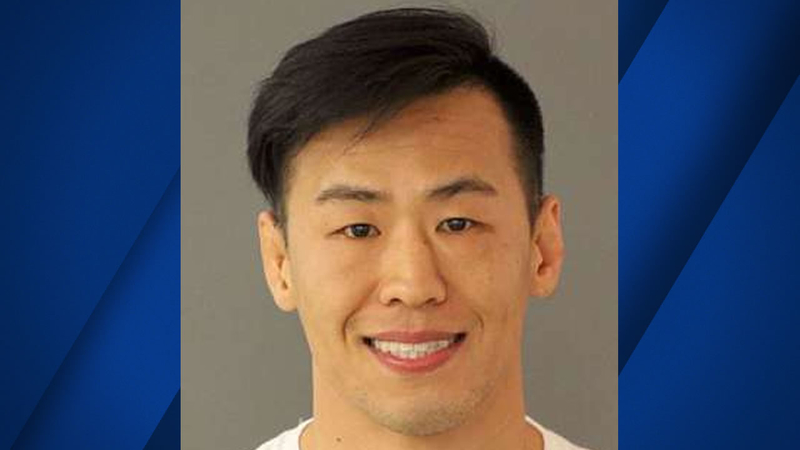 SAN JOSE, Calif. (KGO) -- There are new details on the San Jose teacher who was arrested in connection with a road rage incident that escalated into a strong arm robbery.

Charles So was taken into custody Wednesday at school. Police then found a loaded handgun in his classroom.

He's no longer in custody after posting bail.

School administrators spent much of the day meeting with parents about the alleged incident that caught so many people off guard. We have since learned that the teacher has posted bail and will not be returning to the classroom.

Community members were stunned upon learning about the allegations against the Chaboya Middle School teacher.

So was taken into custody Wednesday afternoon at school by the San Jose Police MERGE unit in connection with a road rage incident that turned into a strong-arm robbery.

When officers went to his classroom to retrieve his belongings, they found a loaded handgun in his bag.

#NEW: Charles So, the #SanJose teacher who police say had a gun in his classroom (when he was arrested yesterday in connection to a road-rage robbery) has posted bail and is no longer in custody at the jail. #abc7now pic.twitter.com/dU5ZfC5M7O

"At this time, I can tell you that we don't have any indication that the teacher was planning any type of assault on students or staff," said SJPD Sgt. Enrique Garcia.

The road rage incident happened at a parking garage in Downtown San Jose back in February.

Police say So followed a driver into the structure, got out of his car, battered the victim and then stole his cellphone before driving off.

Investigators worked on the case for months, recently identifying So as the suspect, which is why up until the arrest it would've made sense for him to pass any standard background and fingerprints check -- assuming that he previously had a clear record.

District officials say So was cleared on August 17, prior to starting his new teaching job at Chaboya.

Evergreen School District spokesperson Charles Crosby said, "A lot of our parents have questions, and so any chance we have to answer those questions, or assuage their concerns, we're going to do that."

Last year, So was a substitute teacher in Palo Alto and spent some time as a student teacher in the San Jose Unified School District.

According to his LinkedIn profile, he also was a public affairs specialist for the U.S. Army Reserves.

This was So's first full-time job as a language arts teacher.

"This is an open on-going investigation and if someone has any information about this crime, or any other crime, we want to hear from them," Sgt. Garcia said.