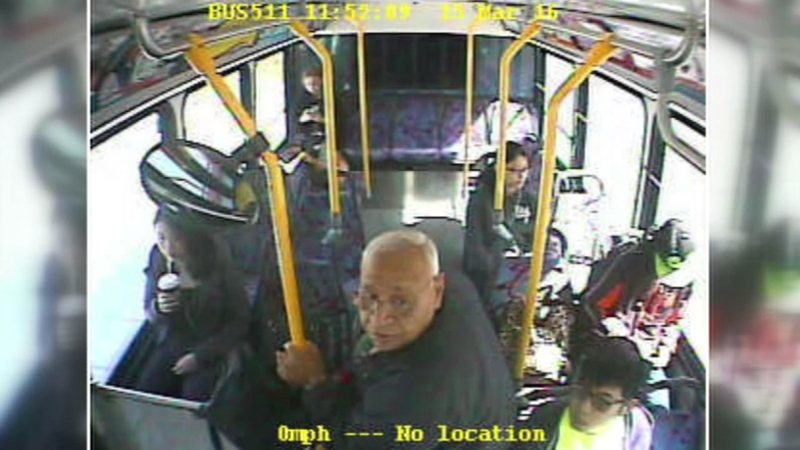 Police say the suspect boarded the bus right behind his victim at a stop in the heart of San Mateo. He's described as a man in his 50s, heavy set, Filipino or Hispanic, with glasses and noticeable freckles.

He's accused of inappropriately touching a 17-year-old girl shortly after 11 a.m. Tuesday. Police say he boarded the SamTrans bus at First and South B streets then sat down beside her.

"He did several things that made her uncomfortable. He touched her leg, put his arm around her and even touched her face," said San Mateo police Sgt. Rick Decker.

Decker says the victim repeatedly told the suspect to stop, but he did not.

"At one point, he tried to put his hand under her shirt, which she resisted," Decker said.

Decker says the harassment continued until the suspect got off the bus near the Hillsdale shopping center. No one on the bus was aware. SamTrans riders are disgusted by the suspect's alleged actions.

"It's bad, it's crazy, I think it's crazy," said SamTrans rider Noe Hernandez.

Athena Vasquez is 17-years-old, the same age as the victim. "It's not okay to invade someone's space," Vasquez said.

"I've had a few men give me certain looks, but I've never had anyone come at me," she said.

Police are encouraging parents to talk to their children about what to do if a stranger makes them uncomfortable. Vasquez says she already has a plan.

"Say, 'No,' get the attention of someone close to you. Make it known," she said. And now that she knows the man's face she said she'll be on the lookout.