KABC
MONTECITO, Calif. -- Amid ongoing search-and-rescue and cleanup operations in Montecito, a satellite view from AIR7 HD shows the destruction wrought by flooding and mudslides in the area.

SkyMap7 technology offers a glimpse of what the upscale neighborhoods looked like before the heavy trains triggered massive debris flows. The footage then displays a live image of the devastated landscape.

Using SkyMap7 technology, aerial video shows the extent to which a mudslide smothered the 101 Freeway in Santa Barbara County.

"The river and the mud and the debris completely took that house right off of its foundation and buried it," said Air7HD reporter Scott Reiff, describing the scene.

Several nearby houses were either destroyed or heavily damaged.

Footage from AIR7 HD shows a Montecito neighborhood where several homes were swept away when a storm triggered a massive mudflow.

In some cases, the destruction was so complete that it was unclear what became of the residences.

"It's hard to tell where that structure went -- if it's under the mud or was washed down the creek," Reiff said of one home.

BEFORE AND AFTER: Highway 101 in SoCal flooded with runoff water

VIDEO: What to do if a mudslide hits
Report a correction or typo
Related topics:
southern californiafloodingdisasterdestroyed homesmudslidethomas fireflash flooding
Copyright © 2020 KABC-TV. All Rights Reserved.
RELATED 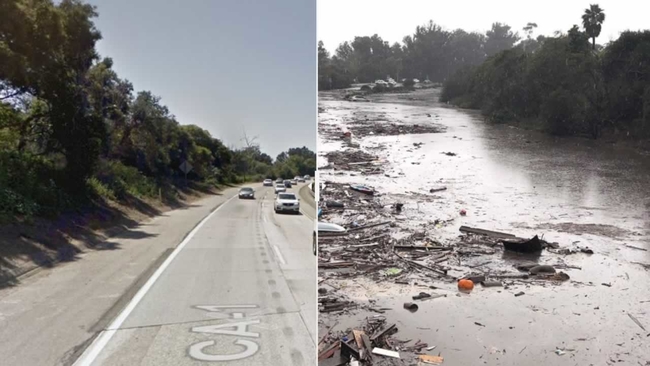 BEFORE AND AFTER: Hwy 101 in SoCal flooded with runoff water 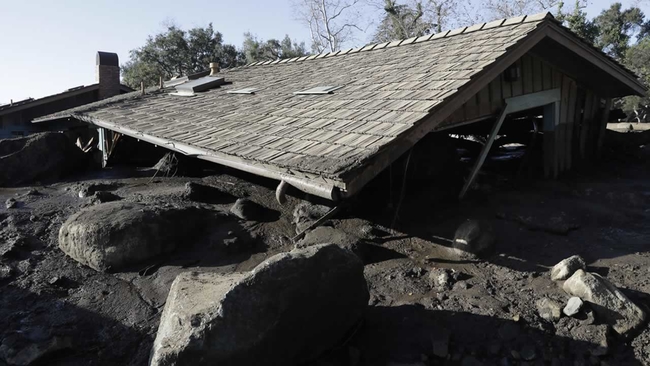