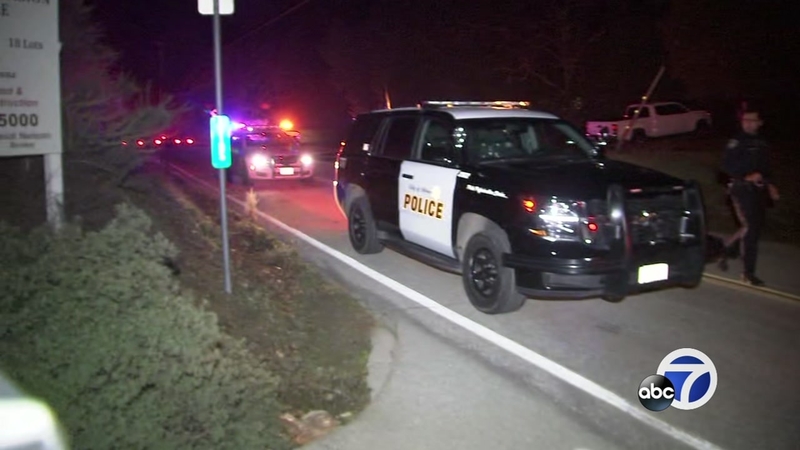 MORGAN HILL, Calif. -- A suspect opened fire on a Santa Clara County Sheriff's Deputy last Friday in what investigators are calling an ambush.

Sheriff Laurie Smith updated the media on Monday, saying at least four shots were fired at Deputy Sukhdeep Gill as he was standing near his patrol vehicle in a remote area next to Uvas Reservoir near Morgan Hill. Gill was on patrol in the area. The suspect turned his car's lights off as he pulled up to Gill. One bullet hit him in the chest. Gill returned fire.

It's unknown if the suspect was hit.

The sheriff's office is asking people for help tracking down the suspect who may be driving a silver 2000 sedan, possibly a Honda.

Gill is Sikh and the sheriff's office says it's unknown if the shooting is a hate crime.

"He wears the headdress and the traditional garb and we support him, said Santa Clara County Sheriff's Office Lieutenant Brendan Omor. "It is unknown if it is a hate crime or just a crime of opportunity against law enforcement."