He retired from American Airlines in 2008 and now works for the TSA.
ABCNews
By Sam Sweeney and Gio Benitez BOSTON -- Vaughn Allex will never forget the faces of two of the 9/11 hijackers. He looked them in the eye that morning and asked who packed their luggage.

Allex was an American Airlines ticket agent at Dulles International Airport on Sept. 11, 2001 when two men ran into the terminal -- appearing lost -- and approached his counter.

Brothers Salem and Nawaf Al-Hazmi arrived late that day, but with two full-fare, first-class passengers standing in front of him, instead of rebooking them, Allex ensured they made flight 77.

Allex has lived with that decision for the last 20 years.

"The check-in was odd. The two that I checked in, two brothers, one was kind of gruff and the other one was standing a couple of paces behind him. And this sounds odd, but this is what caught my attention. He was almost dancing, he was moving from foot to foot and grinning and looking around, and my thought was, here's somebody that's never been on an airplane and boy is this guy excited," Allex recently recalled in an interview at Dulles airport in Virginia.

"I realize that there's probably nothing I could've done to prevent what happened. I've come to terms with that."

"And I kind of watched him for a couple of minutes as we went through the whole check. And he was totally unresponsive as far as whatever we asked him to read, to look verbally. He just smiled and danced and was oblivious to what was going on," he continued. "That's the image I have, is the two of them standing there and the one just dancing, it was the oddest thing."

There's more Allex has had to live with -- 24 hours before Allex checked-in the brothers, his longtime co-worker and close friend MJ Booth asked for advice on a trip to Las Vegas. She considered flying to Chicago or Dallas to connect to Las Vegas, but Allex encouraged her to take flight 77 instead and connect through Los Angeles.

"I said, first of all, it's a better flight. It's a transcontinental flight. You get a meal and a movie and it's relaxing." Allex recalls. "She said that sounded good, but that she'd never written a ticket that way and we were just transitioning to electronic tickets. Could I help her? So I wrote her ticket from Dulles to Los Angeles with a connecting flight back to Las Vegas. And then the following day, I saw that she had gotten on the flight on the ticket I'd written."

Allex left Dulles on Sept. 11 grieving, but had no idea it was about to get so much worse.

"I didn't know on September 11th, on that night and the morning of September 12th, I was dealing like everybody else was with what happened with losing friends, losing passengers, losing the crew. I knew all of the crew on the flight deck and I knew all of the cabin crew, I'd worked with them for years. What I didn't know until about mid-morning (Sept. 12) when the FBI was talking to me was that those last two passengers that I checked in were actually two of the hijackers. I had no idea until that moment that I had been involved in it," Allex said.

On Sept. 12, Allex was summoned to his boss' office. There, a woman introduced herself as an attorney for American Airlines, adding "I am not your attorney."

Allex recalls the chill that went through his body. That's when he says two FBI agents walked in, handing him a passenger manifest.

"I started to run my hand down the list and I saw the names of the two people I checked-in, and in that moment and that instant, that's when I looked at him and I said, 'I did it, didn't I?' And they said, 'what did you do?' And I go, 'these were the two that I put in,'" Allex said. "I think they, they knew exactly who they were looking for, but they wanted me to come to that conclusion. And once we did, the interview strictly focused on these two individuals. And the rest is history, that the whole transaction came back, I didn't know all of September 11th until that moment on September 12th -- I did not realize that I had checked-in two of the hijackers." 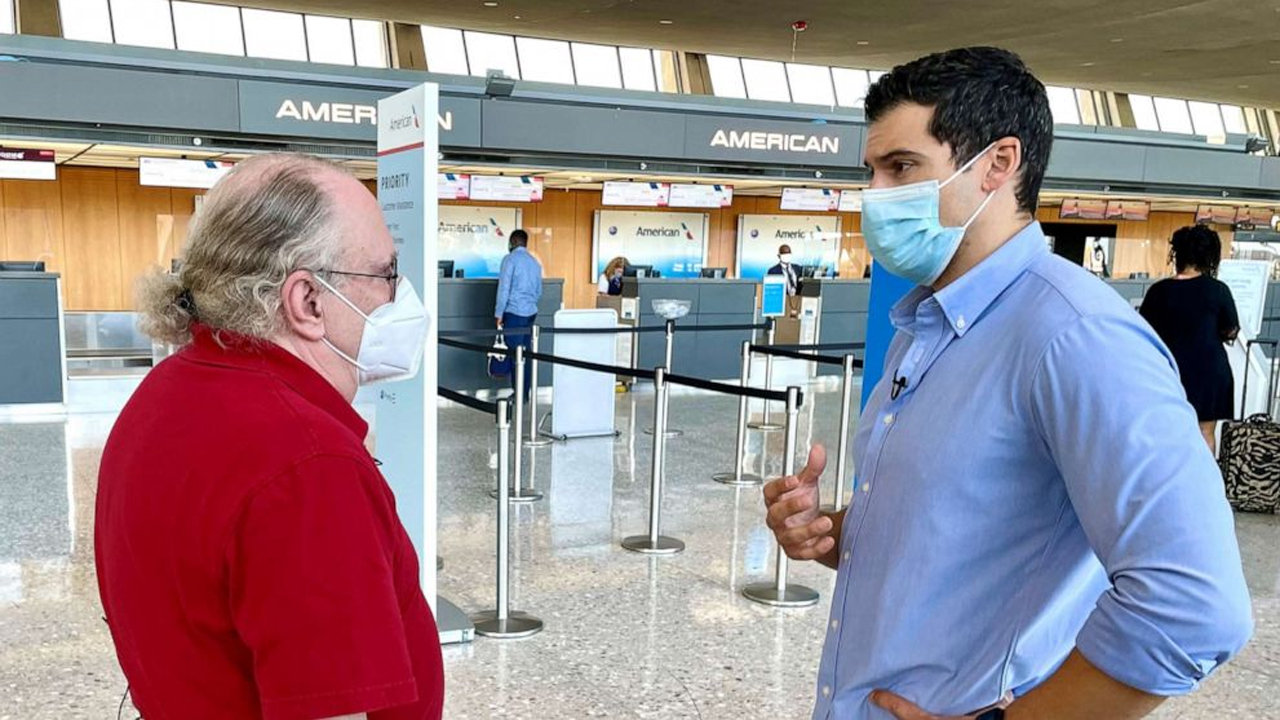 Guilt tortured Allex for years to come. Twenty years later, there are still some things he'd rather not discuss.

"I blame myself, I thought, you know, if I had done something different, if I'd not let them on, if I just said to the agents, these two guys are late, let them get the next flight. We have one at noon. It's no big deal," Allex said.

Over the years, friends and professionals told Allex that he was just doing his job.

His mind continued to play games with him for years. It wouldn't be until 2004, with the purchase of a book that everything turned around.

Allex explained that single footnote -- his name next to so many others -- is what finally set him free of guilt and the feeling of responsibility years after the attacks.

"That's when it started to get better. That's when I went -- oh my gosh. There were so many other people involved, there were so many innocent people that just touched on this. And I had just such a small, tiny five-minute part of it. But before that, it was -- it was terrible."

Allex retired from American Airlines in 2008. He now works for TSA.

"I joined the Department of Homeland Security working for the Transportation Security Administration and ever since I've been with them, it's been great. I feel like the work that they do is so important to keep everybody safe. And the fact that I have just such a small little part there, I'm like the happiest person at TSA. And I'll tell anybody that," Allex said with a smile.