1,075 delays and approximately 500 cancellations at SFO in the last 4 days

Hundreds of flights are canceled or delayed again today due to runway construction at SFO.

SAN FRANCISCO (KGO) -- It's day 4 of cancellations and delays at SFO.

Inside the airport passengers landed confused and upset. Outside the airport we met Scotty McDonell and Judy Jager, they just got here. When we say here, we don't mean to SFO.

"We got on the plane and they told us that the San Francisco runway was closed- the one we were supposed to land on. They moved us over to Oakland," said McDonell.

Their flight from Seattle was among 246 delayed today, according to data collected by Flight Aware.

McDonell and Jager said Alaska Airlines paid for them to take an Uber from OIA to SFO. A shuttle provided by their rental car company was waiting for them.

"You would think that San Francisco of all airports would be at least the second or third best airport in the country. Well, todays experience is probably one of the worst," said McDonell.

These passengers are not alone. Since Saturday, approximately 1,075 have been reported delayed and 484 cancellation. This info was collected by SFO personnel and Flight Aware.

Ray Medina and Britney Quintana landed from Denver to this.

"They said that they didn't have any more cars for us and that our reservation was cancelled. Why? Because we didn't call when our flight was delayed from all of the construction. They wanted us to pay for a 15 passenger van when there is only four of us," said Quintana.

Medina and Quintana avoided the fee and were able to book with a different company that off camera confirmed being affected by many cancellations. 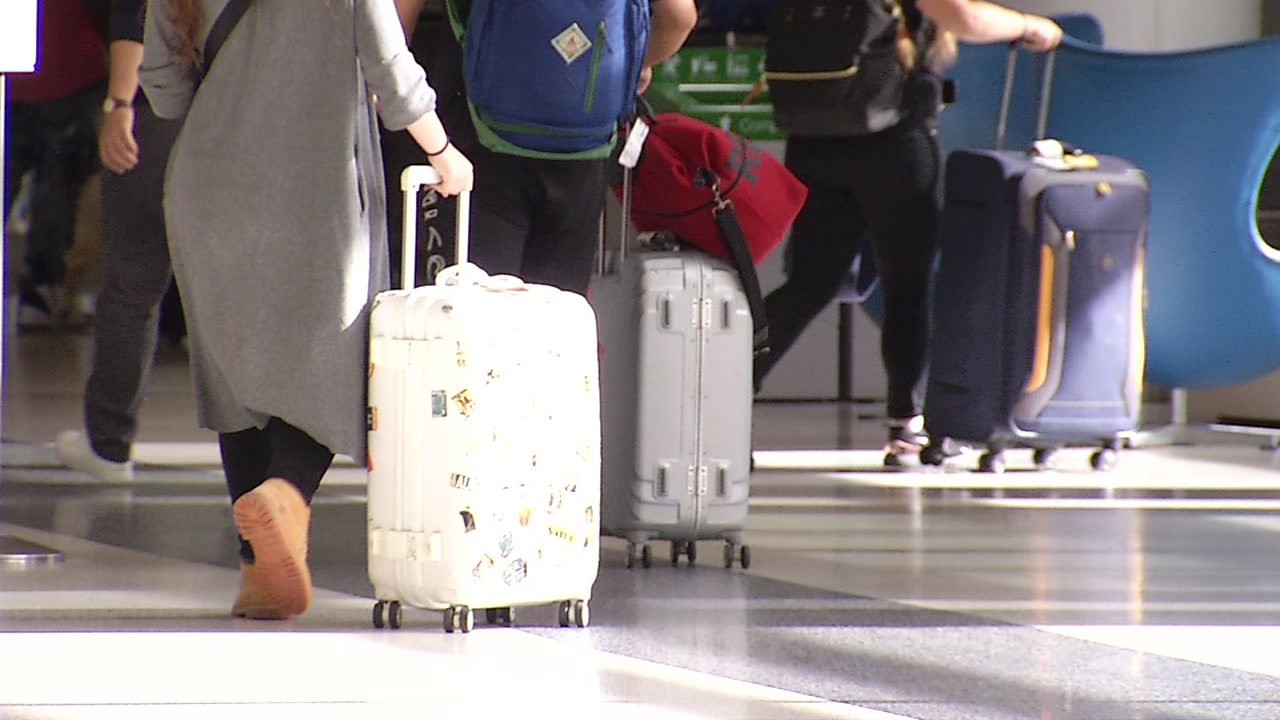