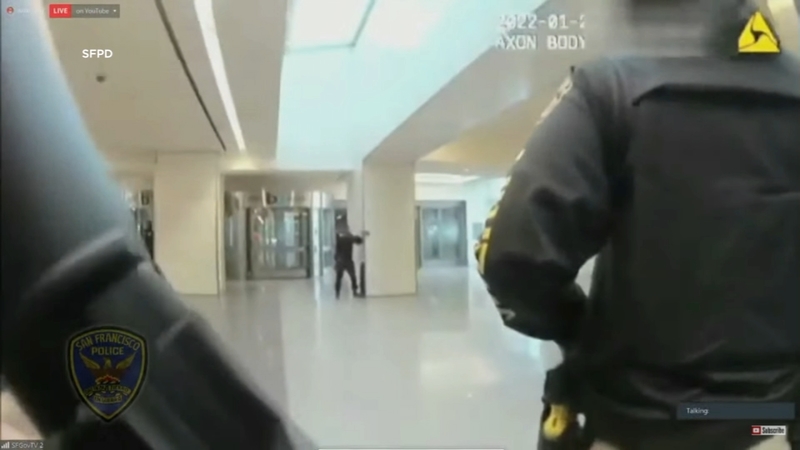 37-year-old Nelson Szeto had two guns which turned out to be replica guns and a knife. Because the guns were not real firearms the Attorney General's Office has taken over the investigation since per AB-1506 he was considered unarmed.

During the town hall, SFPD showed video of the moments leading up to the shooting and the shooting itself. Police say they received several calls for a suspicious man pacing inside SFO's International Terminal and holding something in his jacket. Crisis intervention team members attempted to get Szeto to drop the knife and two guns. Commander Paul Yep says Szeto talked about one of the guns being loaded. Police also say he told officers to shoot him. At one point according to police saying, "Thank you for your service. I respect you guys. I'm sorry."

Commander Yep says when Szeto elevated one of the handguns towards his body at least one officer fired two shots. Szeto fell to the ground. Commander Yep says officers repeatedly yelled for him to put the gun down.

"Mr. Szeto reached across his body with his right hand towards the handgun located on his left side. Mr. Szeto then raised his right arm towards the officers. Some or all of the 4 officers involved in this OIS discharged their firearms which can be heard on the body worn camera videos," said Yep.