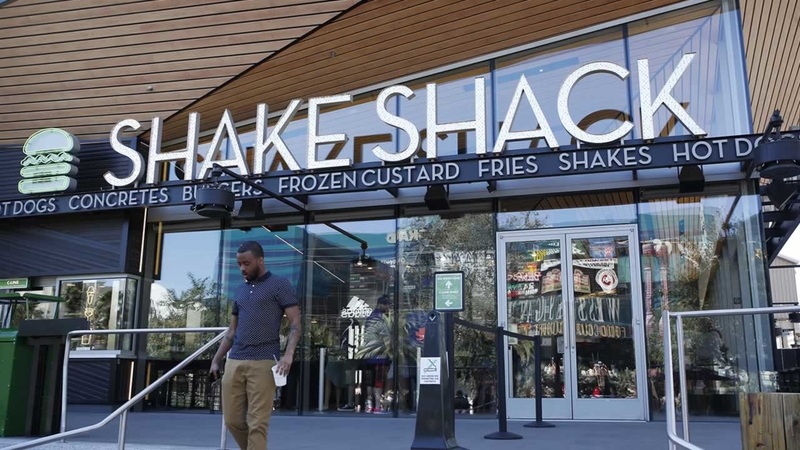 SAN FRANCISCO (KGO) -- Many residents in San Francisco's Cow Hollow neighborhood are upset that an East Coast Burger chain and gym are likely moving into their old grocery store on the corner of Fillmore and Filbert Streets.

Real Foods market closed in October of 2016 and now the family trust which owns the building at 3060 Fillmore Street is in escrow with a Los Angeles-based developer, which plans to bring in two New York City based businesses, Shake Shack and Rumble Fitness, to lease the space

The developer, CenterCal Properties, held a meeting Wednesday night in the building, for neighbors to voice their concerns.

RELATED: Shake Shack is coming to the Bay Area

"They're taking out a service that we need here, a grocery store, and replacing it with a fast food restaurant that's known for its long lines," says Yasmin Yamat, who used to shop at Real Foods. Hardeep Rahul lives a few blocks away and worries about the busy intersection, "It's very residential here and bringing up the noise level and congestion, which we're already experiencing."

Neighbors concerned about the old Real Foods market on Fillmore and Filbert turning into a Shake Shack and a Rumble gym. What do u think? pic.twitter.com/kTtWLxGRAN

The meeting is the first step of the conditional use permit process, which will likely take six months. Alec Paddock, a development manager for CenterCal, says if the permits go through, they will take care of the neighborhood once Shake Shack and Rumble open, "with regards to making sure it's clean and not noisy, CenterCal employs its own property management staff which will be responsible for cleaning up the streets on a daily basis."

Cow Hollow and the Marina are full of burger restaurants and gyms, but there are very few grocery stores and markets.

Paddock says CenterCal and the current owners spoke to more than a dozen grocery businesses about leasing the space, but say they could not find a viable tenant.