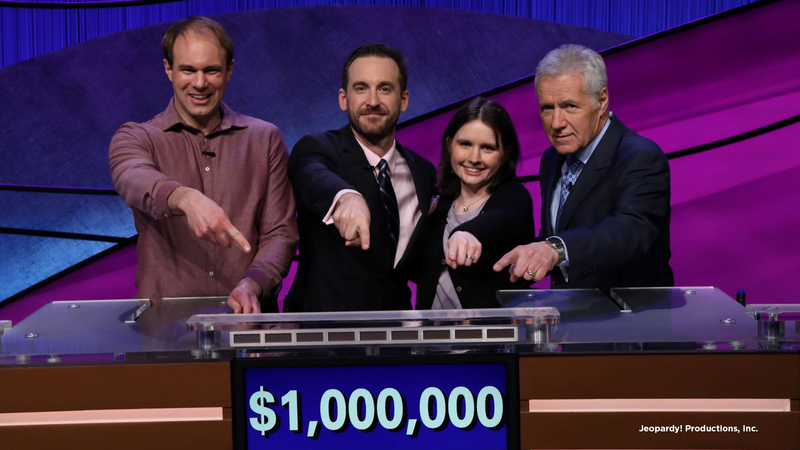 A Bay Area woman is a part of the first ever winning team in the Jeopardy! All-Star Game.

After a 10-day battle between the brawniest brains on television, Team Brad - Brad Rutter, Larissa Kelly, and David Madden - won.

Kelly is from Richmond.