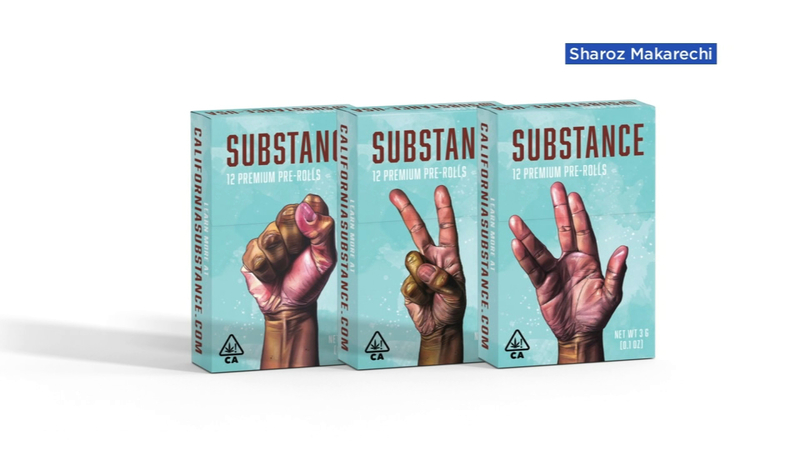 Sharoz Makarechi -- who founded Substance in her Venice, Calif. home -- is donating $8.46 of every pack she sells to an organization working towards criminal justice reform and ending mass incarceration. She calls it reparations through cannabis.

"How could anyone be in this industry and not be thinking of the history and how we got here?" Makarechi told ABC7 News.

RELATED: Was justice reached in Derek Chauvin verdict? Here's why some say 'not yet'

Her decision to donate $8.46 is also deliberate. That number represents the final moments in George Floyd's life.

"This is the number that represents racial injustice in the country, from my perspective," she said, "And it's a historic number everyone should remember."

The first beneficiary of donations from Substance is Oakland-based non-profit, Impact Justice. Founder and President Alex Busansky said he hopes it helps people have a deeper understanding of the history of cannabis.

"I think, for many people, the legalization of marijuana doesn't have a history," Busanksy said. "We think it's really important...that we also think about the many people -- the thousands and thousands of people and communities -- that have been harmed by the prosecution, arrest, incarceration of people for the sale and use of marijuana over the years."

Busansky pointed out that, in California, some of the tax revenue that is received from marijuana sales is regranted by the state to organizations working towards criminal justice reform. "It's also great to see that businesses can make that same commitment," he said.

Makarechi believes Substance -- where more than 42% of proceeds are donated -- shows it is possible. She also hopes it helps spark a conversation about cannabis, particularly on days like 4/20.

"For us, there is no 420, without 846," she said, referring to the time Derek Chauvin kneeled on Floyd's neck. "Instead of just smoking it, read a little bit about it, talk to people about it, consider what the impact of the war on drugs has been on communities other than your own."

The Substance brand is currently only sold in California, but Makarechi hopes to ultimately expand to every state where marijuana is legal.