Check out this Napa farmer's field full of gargantuan gourds 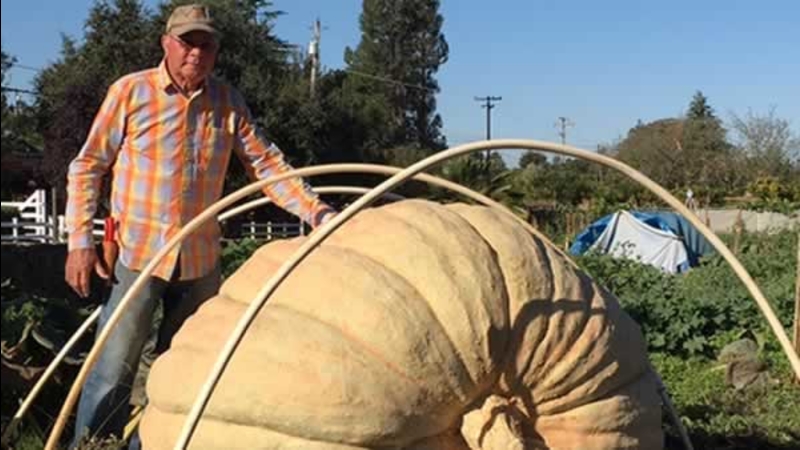 Check out this Napa farmer's field full of gargantuan gourds

NAPA, Calif. (KGO) -- A champion grower from Napa will be competing at the Pumpkin Weigh-Off in Half Moon Bay on Monday. Gary Miller gave ABC7 News a sneak peak at his gargantuan gourds.

Miller won the contest in 2013 with a giant that tipped the scales at 1,985 pounds. Now he's back again this year to squash the competition.

The winner of the weigh-off takes home a hefty $7 per pound for the champion mega-pumpkin.

This year's crop is reportedly Miller's best ever but he knows the competition is tough. "You want to have something 2,000 pounds or better," he says. "Just the genetics are getting so much stronger every year, it's hard to keep up with it."

He says seeds for these monsters can cost as much as $700 each. But he gives them away, hoping others will get into growing big pumpkins.

Watch the video in the player above to check out some of his great pumpkins.

Click here for more information about the Safeway World Championship Pumpkin Weigh-Off in Half Moon Bay.