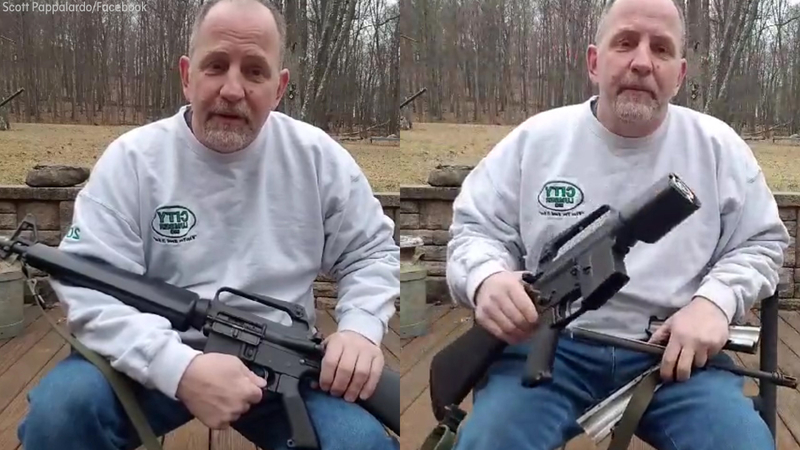 Scott Pappalardo has been a fervent advocate for gun owners' rights for more than 30 years.

The New York firearm owner even has a faded Second Amendment tattoo on his arm. What he doesn't have is an AR-15.


Pappalardo can be seen taking a circular saw to the weapon in a viral video filmed in the days after the deadly shooting at Stoneman Douglas High School, in Florida.

After giving an impassioned speech on gun ownership, Pappalardo concedes he no longer believes people should own high-powered weapons.

"Is the right to own a weapon more important than someone's life?" Pappalardo asks in the powerful video.